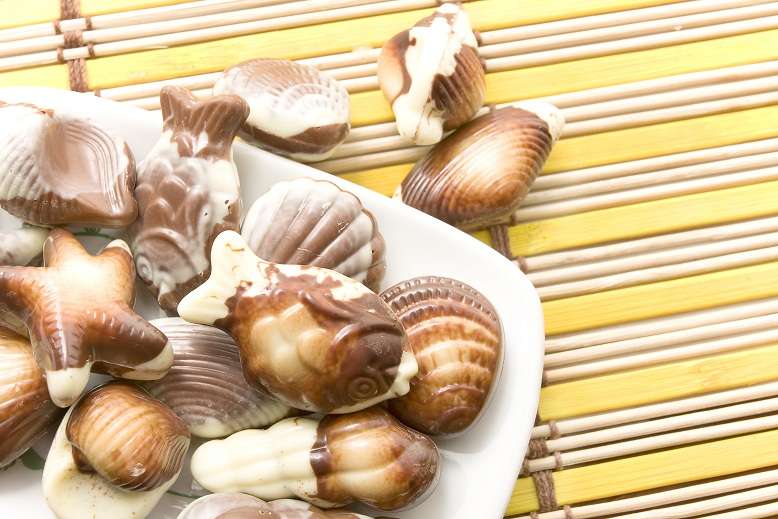 Interested in chocolate praline Belgian? Find out about this unique filler used in Belgian chocolate in our information guide.

Basically praline is a type of tasty confectionary which is made using a combination of exquisite nuts. The Belgians have developed a number of different techniques for preparing praline. In general though, the mixture of different nuts is given a caramel coating which is then rolled in a sugar mixture to put on the final touch.

This unique technique of making praline gives it a pleasing texture. In terms of its appearance it has a snowy white coat due to the sugar and caramel.

The most popular nuts used in pralines are by far almonds and hazelnuts. These are especially popular around the holiday season. Pecan halves are also one of the popular nuts used in the making of praline. In some regions praline is prepared with cream that adds a new dimension to its taste and texture.

Although pralines have become popular due to Belgian chocolate the discovery was made in France back in the 19th century. The sweet gets its name from Praslin, the sugar industrialist who made the first praline in his kitchen.

The original praline had almonds as its base. It was then given a caramelized sugar coating. A coat of powdered sugar was used to give the praline its final touch.

Praline is also the name of a paste that is used in the making of chocolates. This paste is made by grinding the nuts coated with sugar. There are many Belgian chocolates that make use of this kind of praline as a filling for chocolates. In its powder form praline is also used as a dusting for cookies. Today praline is available in its original paste and powdered forms in the market.

Although the use of pralines is the secret to the success of Belgian chocolate, it is not something difficult to make .In fact individuals interested in praline can actually try their hands at making it in their very own kitchen.

By themselves the nut based pralines serve to be an excellent alternative to heavy sweets found in the market. They are easy to make and have a high nutritional value because of the nuts. This is why they are particularly popular during the holiday season.

Belgian chocolates that make use of praline offer you a double dose of delicacy. They combine the use of this sweet nutritious treat with high quality Belgian chocolate to create the world’s best chocolate.

In order to make Belgian praline chocolate really exclusive the Belgians prepare both the praline and the chocolate by hand. Even in today’s times of modernized machinery the Belgians prefer to make their sweet treats using the traditional equipment and technique thereby enhancing the richness of their chocolate pralines.