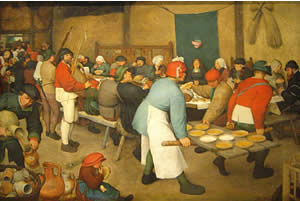 Interested in the Belgian culture? Find out about the different elements that give color and character to the culture of Belgium.

The culture of Belgium comes into shape through the customs and traditions of a population consisting of people from different ethnic groups. The French speakers from Brussels and Flemish from Flanders together give color to the distinct Belgian culture.

The legacy of Belgian arts

The country of Belgium has a rich artistic legacy which is evident in its architecture as well as the world class museums spread across the country. The Royal Museum for Fine Arts in Antwerp is one of the most important museums of the region. The Groeninge Museum in Bruges and Plantin Moretus in Antwerp are other important museums showcasing the true legacy of arts in Belgium.

The creation of comics has been a prominent aspect of the Belgian culture. Many comic series from Belgium have managed to make it big around the world. Examples include the Adventures of Tintin, Spike and Suzy, Blake and Mortimer, Nero and Willy Vandersteen.

Music too is a prominent element of the Belgian culture. Composers like Eugene Ysaye, Vieuxtemp, Wim Mertens and Lekeu have brought the world’s attention to the Belgian music culture.

The inventor of the saxophone was also a Belgian by the name of Adolphe Sax. The Belgians have a profound jazz music culture as well.

The streets of Belgium are dotted with great examples of the traditional architecture of the region. The Romanesque Collegiale Saint Gertrude de Nivelles is one of the classic examples standing since 1046. Other architectural wonders offering a glimpse at the Belgian culture include the Cathedrale Notre Dame de Tournai and the Baroque Brussels Grand Place

Food is important to the Belgians. The country has a unique rich cuisine that has come into shape through the influences of many different nations that have tread upon the Belgian soil for ages.

The French fried potatoes and the beef stew by the name of carbonnades flamandes are amongst the most popular authentic Belgian dishes. The country is renowned for introducing waffles to the world. Another popular sweet tooth item to have originated from Belgium is the speculaas which are special cookies. These Belgian cookies are known for their unique texture and aroma.

Numerous cultural festivals lend lots of character and color to the Belgian culture. You will find each and every town in the country to have some sort of festival of its own. These festivals have been celebrated since ages and although they have today become a prominent tourist attraction they are authentic traditional celebrations.

The Binche is one of the biggest festivals of the region celebrated in Mons. This event is celebrated a few days before Lent. The Procession of the Holy Blood is another three day festival held in Bruges during the month of May.

You will find the locals to be dressed up in unique costumes during these festivals and each festival has its own traditional ways of celebrations.