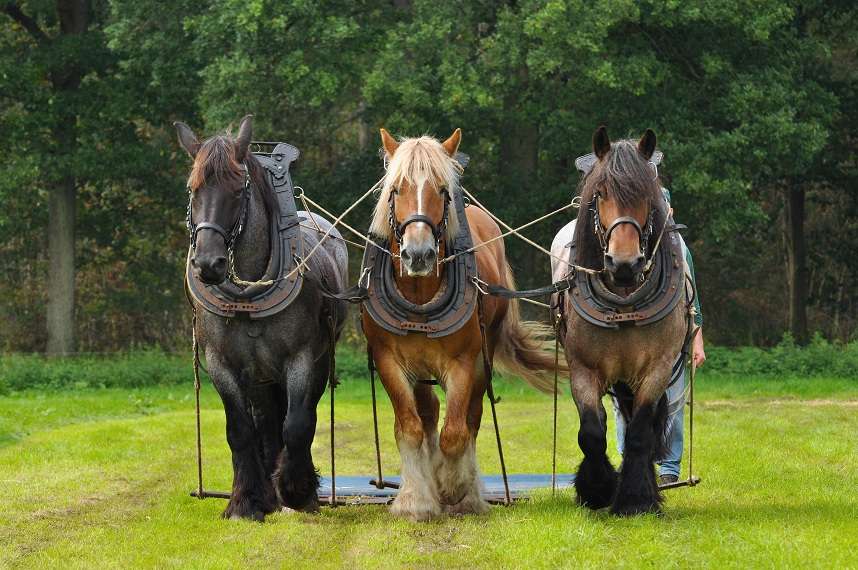 Interested in the Belgian draft horse? Find out about this big beast of burden and the purpose that it has served over the years in our guide full of facts & information.

The Belgian horse is one of the most successful varieties of the specially bred draft horses in the world. Draft horses were bred for a specific purpose. They are huge in size and structure and are meant to be engaged in hard work dragging heavy items.

Originally draft horses were bred for the purpose of running the plough on farm lands. Although there are a number of different kinds of draft horses in the world, the Belgian draft horse is by far the most popular today.

All of the varieties have one thing in common and that is the large size and brute strength. Despite its large size and great strength the Belgian horse is a rather docile animal. It is known to possess a high level of patience which made them excellent working animals for the Belgian farmers.

It took the Belgian draft horse quite some time to gain its prominence in the United States. That was largely due to the unappealing look of the horse as compared to the conventional stallion.

Although the importance of the Belgian draft horse declined as means of farming modernized it is on the rise again. There are many factors that contribute to the rise of the Belgian horse in the 21st century.

The masses have become aware of the destructive nature of modern means of agriculture and are hence looking for alternatives. The Belgian draft horse thus, serves as a mighty powerhouse on the farm lands once again.

Many farmers have incorporated the use of the Belgian draft horse because it helps to conserve energy. It feeds off home grown feed and exerts its energy on the farm land. Even the excretion from the horse helps to enrich the soil thereby becoming an economically sound option for farmers grappling with the current economic crunch.

The masses have also changed their perception regarding the Belgian draft horse which is today considered to be an exotic beast of burden. Many horse lovers don’t want to use this beast for toiling in the farm land rather they want to groom it and present it in shows to impress the audience.