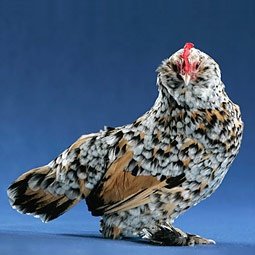 Interested in the Belgian d’Uccles? Discover this unique hen which is native to the country of Belgium in our information guide.

The country of Belgium is renowned for having a unique collection of animals. The Belgian d’uccle is a localized hen which takes its name from the region of Uccle where it was first bred.

Origins of the breed

The breed came into existence in the last decade of the 1800’s. The “d” in the name of the bird is not pronounced. Rather it takes on the meaning of belonging to. The Belgian d’uccle is said to have been developed by crossing a species from the Dutch Booted Sabelpoot Bantam and the Antwerp Bearded Bantan. There are some historical records that do not attest to this fact.

The man credited as being the pioneer behind the development of the Belgian d’uccle is Van Gelder. The gentleman had made his way around many different nations of Europe to attend poultry shows. This opens up the doors for possibilities that a foreign breeding material may also be involved in the development of the Belgian d’uccle. One of the hens used in the breeding, the Dutch Booted Sabelpoot Bantam actually has its roots in Asia. Hence there are Asian as well as Belgian elements in the Belgian d’Uccle.

Initially the Belgian d’Uccle could be seen in three different varieties; the pocrcelain, mille fleur and white. Amongst the three mille fleur was the first to be listed in the American Poultry Association standard. This breakthrough came in the year 1914.

The Belgian d’Uccle vs the Booted Bantam

The similarities are so strong that it becomes almost impossible to distinguish between the two. It is only the professional breeders that can identify the differences that exist between the Belgian d’Uccles and the Booted Bantams.

The Belgian d’Uccle is considered to have a very pretty face. The feathered muffs on the side of its cheeks are credited for giving the hen its pretty face. Another major difference between the two hens is in their sizes. The Belgian d’Uccle is considerably smaller in size as compared to his Booted counterpart. This is partly because of the fact that it has been bred from Antwerp.

Amongst the things that are common between the two is the fact that they have incredibly high tail carriage when compared to most other breeds. Furthermore they have feathered feet that have vulture like hocks.