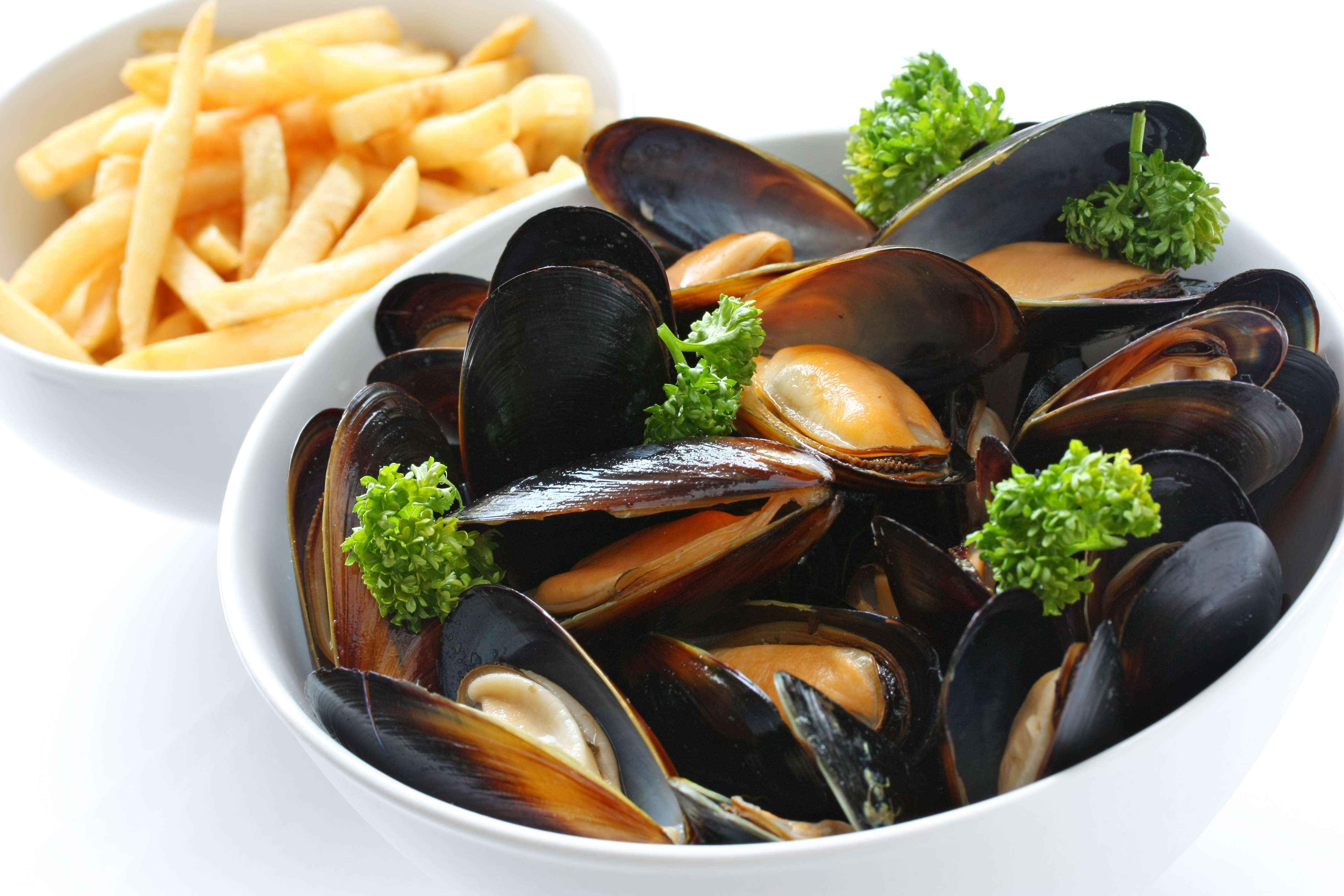 Interested in Belgian food? Get an overview of the often overshadowed cuisine of Belgium in our culinary information guide.

With neighboring countries like France and Germany, Belgian cuisine has been pushed to the sidelines over the years. Considering the fact that Belgium makes the best chocolate in the world and is also responsible for introducing the waffle, it is quite unfortunate that Belgian food has been overshadowed by its contemporaries.

The country of Belgium gained its independence from Netherlands back in 1830. It now stood as a small country with a heavy population surrounded by powerful and well established nations. The fact that the Belgian soil has been treaded by the Dutch, Spaniards, Franks, Romans, Austrians and the French has had a huge impact on the eating habits of the people of the region.

The population of Belgium consists of two major ethnic groups. The northern areas are occupied by the Flemings who are a Flemish speaking Teutonic people. On the other hand the southern regions are occupied by the Walloons who speak a certain dialect of French and are a Celtic people. The two groups have their own variations to local dishes as well as some distinct original recipes of their own.

The Importance of Food for Belgians

The Belgians strictly stick to their local recipes and are not generally fond of experimenting by adding some foreign influences. The Flemish are known for making use of a wide variety of cream sauces and eggs in their food. On the other hand the Walloons abundantly make use of pork. In its essence though, the overriding look and taste of Belgian food has been developed under the French influence.

Sausages, cold meats, pates, salads, bread and butter are the major components of Belgian cooking. The Belgians are very choosy when it comes to the brand of packaged products that they use for making food.

The Belgians are also very fond of dessert. They have a wide variety of sweet treats as part of their cuisine. They have a clear distinction between the everyday dessert items and those reserved for special occasions.

Some of the most popular Belgian food items are as follows:

1. Kippenwaterzooi: This Belgian dish has definite French leanings. It is a chicken stew prepared with potatoes, carrots and leeks. Cream, butter and eggs are added to give it the Belgian touch.

2. Gegratineerd Witloof: This is a rather simple Belgian dish made from endives prepared in melted cheese.

3. Konijn in Gueze: The Belgians eat rabbits! They make a special rabbit dish which is prepared in Belgian Gueze beer!

5. Luikse sla: This is a salad made using green beans, bacon, onions and vinegar.

6. Stoemp: A mashed potato dish served with lots of cream and bacon. A fine selection of spices and herbs is used to flavor this Belgian dish.