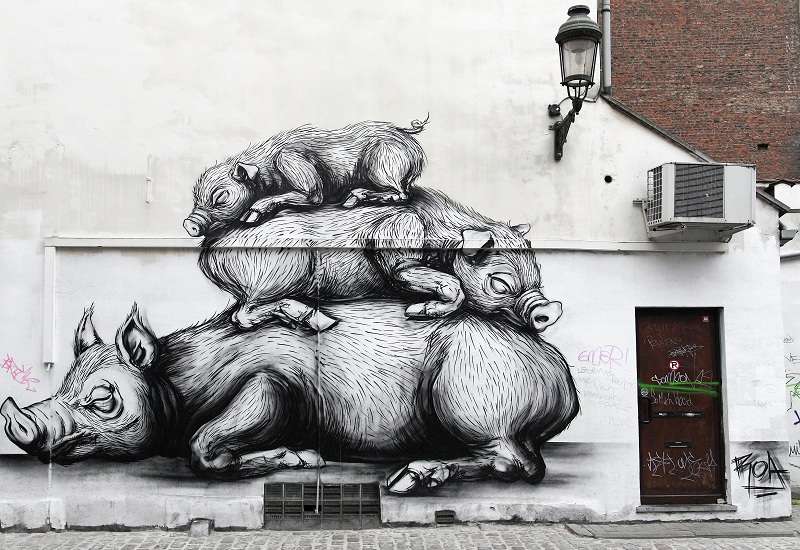 Interested in Belgian graffiti? Read on to find out how the graffiti culture is shaping up in Belgium.

Often dubbed as vandalism, graffiti is a unique and very expressive art form. In recent years this art form has flourished in Belgium. You will be able to find legal promoted graffiti art as well as illegal graffiti which is in fact vandalism, in Belgium.

In its essence graffiti has become much of an artistic culture in Belgium. It is an art form that originated from the streets and has now made its way into museums. There are many official organizations involved in the production and collection of graffiti art work in Belgium. Often times these organizations end up collecting snaps of illegal graffiti art although they are not held responsible for the artist’s violation of law.

Under the law artists that transgress the boundaries within which graffiti is permitted are subject to sever punishments and fines. Hence defacing private and public property is something that is not encouraged by the ethical graffiti artists of Belgium.

You will be able to see graffiti art flourishing in many different places. One of the most popular sites where you can witness Belgian graffiti art work is on trains. Fortunately this is legal and it is a means of decorating the trains to give them some character. On the other hand it serves as an excellent canvas for the graffiti artists who are also able to get maximum exposure as the trains stop over at the stations and make their way around on the tracks.

The track sides are just as highly decorated as the trains themselves. Every major station in Belgium has patronized this art form which has transformed the ambiance of train stations in total. Visitors to these train stations are fascinated by graffiti art work that they get to see on their arrival.

Since the nature of this art form is such that it is best practiced on public property you will not find many museums showcasing collections of graffiti art. On the contrary you will have to take a tour of the streets, highways and train stations to get a feel of the graffiti art culture.