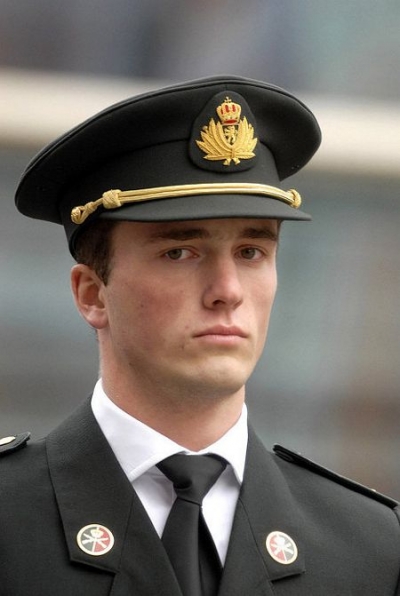 Interested in Prince Amedeo of Belgium? Find out about the life of the nineteen year old prince of Belgium.

Prince Amedeo of Belgium was famous from the day that he was born. The Hereditary Duke of Modena, as he is also known, is the first child born to the HI&RH Prince Lorenz who happens to be the Archduke of Austria-Este. The prince’s mother is the HI&RH Princess Astrid of Belgium.

The Royal Lineage of Prince Amedeo

This royal lineage made Prince Amedeo of Belgium an important figure since his early years. The prince took birth at the University Clinic St. Luc situated in Woluwe St Lambert in Belgium. His birth makes him the seventh in line with the rights to the Belgian throne.

The Prince has his entire chain of grand parents as well as great grand parents in the nobility. He is a direct descendent of the royal families from Austria, Belgium, France, Sweden and Italy. His great God parents were the highly revered Duke of Brabant and his wife the Queen of Belgium.

The Prince is not the only child of the royal family. He is part of a family of five with the second in line being his younger brother Joachim who was born in 1991. Following Joachim the Prince has three younger sisters Maria Laura, Luisa Maria and Laetita.

Prince Amedeo of Belgium started his primary schooling in Brussels. He continued the greater part of his education in the same strict Jesuit school known as Sint Jan Berchmanscollege. The foundation of the college was laid back in 1604. Throughout the years the college has been popular amongst the aristocracy of Belgium and the surrounding areas.

For the final years of his secondary education Prince Amedeo moved to England where he got enrolled in the highly renowned Sevenoaks School in Kent. The Prince has also spent a year at the KoninKlijke Militaire School of Belgium. After the completion of his military service the prince is counted amongst the reserves for the Belgian army.

Prince Amedeo is currently nineteen years old. He has left his homeland in pursuit of higher education and is currently residing in London.

During his time in the London School of Economics Prince Amedeo has also joined the university rugby team where he has given certain commendable performances.

The royal lineage has made Prince Amedeo a favorite for the Paparazzi who are always eager to capture the Prince’s portraits engaged in different activities. Many of his photographs are released over the internet. In some he looks like quite a sportsman whereas in others he is dressed up as a studious scholar. Then you have pictures of him partying with his friends and then you have Prince Amedeo with his ladies.

The seventh in line of the Belgian crown has developed quite a fan following because of all the coverage that he gets over the internet. There are blogs, chats, photos and biographies of the Prince floating over the internet. This database is preserved by the royal lad’s loyal fans.