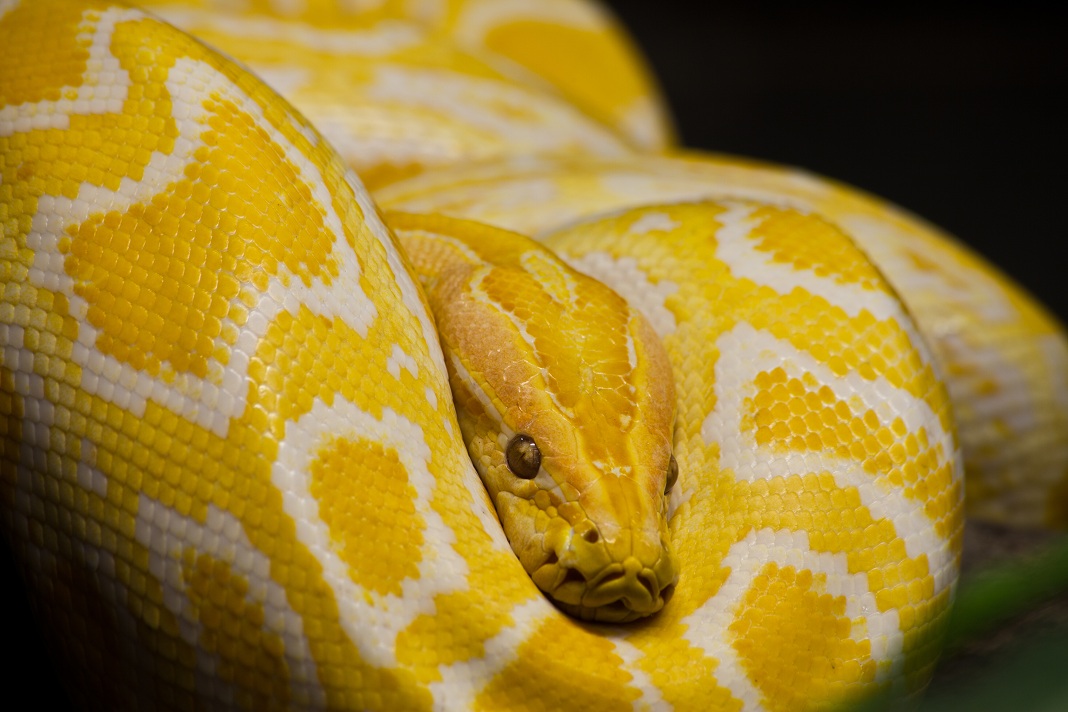 Thinking of keeping an Albino Labyrinth Burmese python as a pet? Here follows valuable info about the Albino Burmese labyrinth python that you should know…

The newest rage in keeping exotic pets has to be the albino labyrinth Burmese python. These beautiful snakes are white and have exotic patterns in butterscotch yellow and burnt orange. The word labyrinth in the python’s name is also associated with its maze like mystifying patterns.

These snakes can grow up to 19 feet when they are adults. However, those in captivity usually do not reach such tremendous lengths. What is to be remembered about them, especially when deciding to keep one as a pet, is that no matter what you do you cannot tame a snake. This general warning is to remind all future and current owners that when provoked, even a 3 meter long albino labyrinth Burmese python can kill a child. Usually the fact that they are scared of humans and are generally easy going prevents such accidents from taking place.

The smart thing to do is to attend a snake handling demonstration at your local zoo. Snake handlers will help you get acquainted with the best way to not only hold the snake but also what to do if a snake starts coiling around you. It is also recommended that adult pythons are always handled when other people are around. Always remember to handle your snake firmly but not firm enough to hurt it. Also remember never to hold it in a way that makes the snake lose its balance, as it will panic the snake and end up making you a victim of its anxiety.

Albino labyrinth Burmese pythons are carnivorous and will eat birds as well as mammals. Owing to their large sizes they can also eat pigs and goats. Usually when they are kept as pets they are fed rats and then eventually weaned to rabbits. What you should feed your python largely depends on its size.

The drawback of keeping these animals as pets is that they consume large amounts of food and need special enclosures. The food and enclosure costs make them an expensive pet. This is the reason why many albino labyrinth snakes are released into the wild by their owners after they reach a certain age.

Contrary to common belief, this species of python should not be fed when it acts as if it is hungry. Albino labyrinth Burmese pythons will eat whenever food is offered to them and this will cause them to overeat, consequently making them obese and giving rise to many health problems.

Also remember not to be mistaken for prey as the snake will try and eat you instead. You can prevent this from happening by pre-killing the snake’s prey, washing hands after handling prey and by using tongs to feed the albino labyrinth Burmese python.