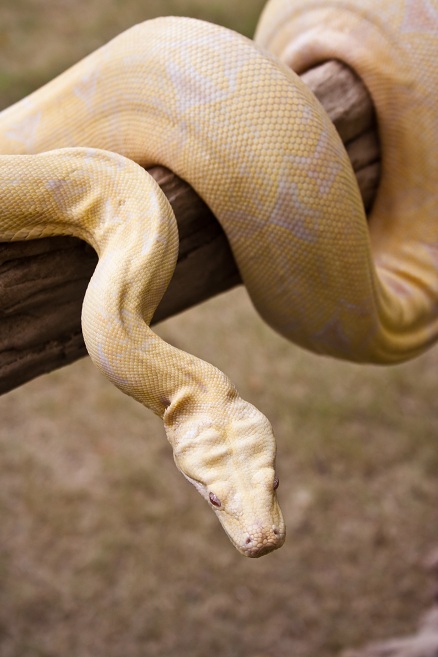 Do you want to own an Albino Burmese python? Are you interested in knowing more about these creatures which you want to have as pets? Read on to get the details…

Some people have a natural tendency of being frightened at the sight of a snake. Of course, some snakes are deadly and venomous, but there are many which can be ideal pets. You can easily handle and caress them when you want.  Albino Burmese pythons do not exactly belong to that category. Usually they are quite docile, but one has to be very cautious while handling them during mealtime. If any mistake is committed while giving meals there can be disastrous consequences. The costs incurred behind maintaining these colorful and exotic creatures are not high as they consume their meals just once or twice in a week.

An Albino Burmese python is the most widely available category in Burmese pythons. These pythons grow up to a huge size. If you do not feel too comfortable with their immense strength and careful handling, you may decide not to have these creatures as pets.  In fact, many owners are dumping these snakes away as they find themselves not competent enough to handle the pythons.  This is a trait which is noticed a lot in the Florida Everglades.

When the Albino Burmese Python is initially born, yellow and orange blotches are noticed on the white colored-background of its skin. But gradually these spots take a more pastel-yellow tinge. This variety of python is cost-effective in terms of investment and is progressively becoming even more affordable.  Barring the mealtimes, the gentle and deliberate nature of this reptile captivates many reptile lovers. The scientific name of these pythons is “Python molurus bivittatus”.

Many dealers are present in Thailand and other south-eastern Asian countries, and they have a lucrative business of selling these pythons. These pythons are imported to the American nations, especially U.S.A. After you get the snake you can breed it to a mature female and hatch gene-carrying offspring (heterozygous).  If you want your pet Albino Burmese Python to display a particular trait, the parents of that creature must both possess that trait. In case of the dominant trait, any one of the parents needs to possess a characteristic for that to get passed on to the offspring.

Previously there were only a few reptiles which could have been sold in excess of a few hundred dollars. But the scenario has changed nowadays, and breeding Burmese pythons, especially Albino Burmese Pythons is a lucrative business. These snakes have an amazing ability to reproduce and because of this reason, people buy these pythons not only with the purpose of having them as pets but also for breeding and selling at good margins.