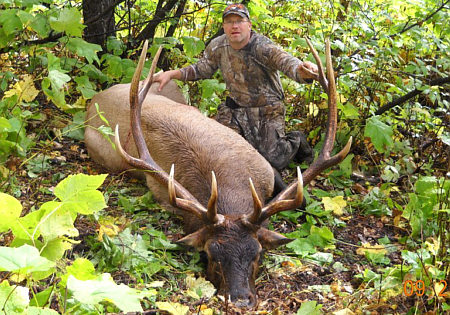 Canadian big game hunting involves the stalking and shooting of various types of big game, especially the moose and bear. Caribou and elk are other big game that are hunted in Alberta and British Columbia in Canada. The Canadian moose have massive antlers that draw many big game hunters to the Canadian wilds during the moose hunting season between mid August and late October each year. The low grunts of the male moose during the mating season beckon big game hunters to their prey with precise shots that are calculated to bring down these huge, stately animals. Licenses are necessary for moose hunting in Canadian provinces.

Canadian big game hunting of bears is mainly done in the regions of Quebec and Ontario. When hunting big game bears, you can shoot bears that sport a variety of fur colors from black to brown and cinnamon. The black bear resident in Canada can weigh anything up to 300 pounds and is an omnivorous mammal constantly foraging for food. When conducting Canadian big game hunting in bear country, make sure that your tent is free from food remnants and your clothes do not exude any smell of food. These scents will attract a bear which moves silently due to the pads under its feet and you can be taken by surprise by a hungry bear when snoozing.

Hunting caribou in Northern Quebec is a fantastic experience in Canadian big game hunting. The George River herd of caribou in this region number more than 750,000 animals. Following the migratory herd of caribou, you can join a big game hunting expedition that will ensure you gun your chosen game and have a trophy worth hanging on the wall. Your skill in ambushing caribou will be surpassed only by the thrill of hunting your game. The caribou meat can be dried and packed for you to bring home.

Canadian big game hunting features the hunting of a variety of big game from moose to caribou. The moose hunting season will ensure you bag a prize male moose. And the caribou migration period will give you plenty of opportunity to stalk and shoot your prey!