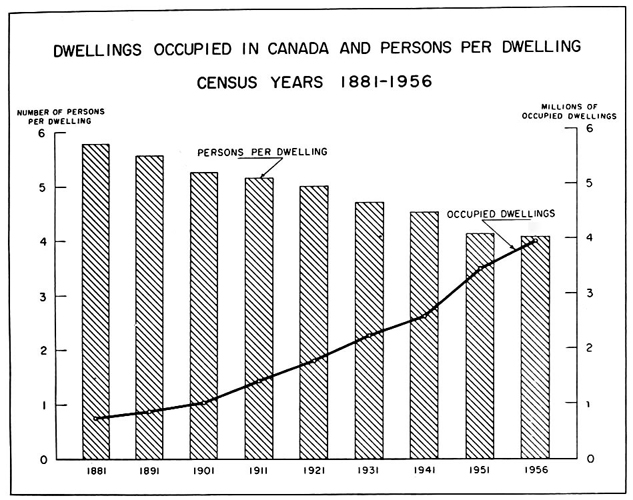 The Dominion Government of Canada had conducted a previous census prior to 1881; however the findings were believed to be questionable and the census was deemed inconsistent. This is why in 1881, politician Joseph-Charles Tache conducted the first regularly scheduled census. The census was designed to collect information about Canada and Canadians and to act as a tool to assist the government of 1881 make future decisions. The Canadian census of 1881 was prompted by the growth and development of Canada, and the census was seen as an opportunity to demonstrate the countries new wealth. The Canadian census of 1881 can be accessed today through digitalized records.

The Canadian census of 1881 clearly demonstrated the Canada had grown in population and that the nation had become more productive than previously. The census also indicated that many Canadians and immigrants were moving towards the Prairies where large and inexpensive pieces of land were available offering the chance to start a new life. It was also clear from the census that life in Canada in 1881 was a time of industrialization and as such new living and working standards were emerging in urban areas. The industrialization was also marked by the increased production of manufactured goods and agricultural products.

Breaking Down the Census

The 1881 Canadian census was designed to record not only all individuals but also households/families. The census is questioned by some historians for accuracy as it is believed many aboriginals were not included in the census. If looking at the census of today one can find the columns documenting the names, ages, country/province of birth, religion, nationality, and occupations of the Canadians of the time. It is also of interest that on the census of 1881 it is possible to view information on notable figures such as Canadian Prime Ministers, John A. MacDonald, Sir Wilfred Laurier and Sir Robert Borden.

The Canadian census of 1881 found that there were 738 209 houses in Canada along with 14 592 shanties and 116 vessels or boats to constitute the households of Canadians across the country. The census also determined that Canada’s population was divided into 2 188 854 men and 2 135 956. It is also of note that at the time of the census 110 females were 100 while only 99 males had reached the same age. The census also determined that farmers constituted the largest occupation with 498 715 people. There were also 6796 farmers’ wives along with 151 901 farmers’ sons. Canada in 1881 was also home to 165 706 common laborers as well as 40 518 carpenters and joiners. The Canadian census also noted that there were 22 905 fisherman at the time. The Canadian Census also divided the population up by region noting that Ontario was the most populated with 1 924 271 residents and the Northwest Territories was the least populated with 10 973 residents.