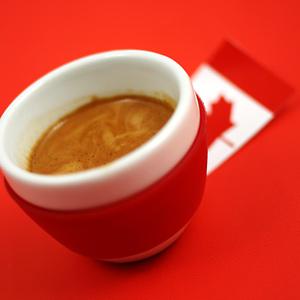 Are you interested in learning the recipe to Canadian Coffee? Do you want to know what makes coffee Canadian? Read our guide for more facts and information…

Around the world coffee is consumed by the mugs every morning as a way to obtain a burst of energy and caffeine. Canadian Coffee might at first appear to be a cup of coffee from the popular Canadian chain Tim Horton’s; however, Canadian coffee is much more original and reflects Canada in many subtle ways. Canadian Coffee is an excellent way to enjoy a different take on the original taste that is enjoyed around the world.

Coffee is consumed not only in the mornings across the globe but also on cold days as the beverage warms the body physically but also psychologically. Canadian coffee is one of many international coffees enjoyed around the world as just as you don’t have to be of Spanish descent to enjoy Spanish coffee or live in Ireland to cherish a mug of Irish Coffee, Canadian coffee also transcends borders.

Now that you are interested in enjoying a steaming mug of Canadian coffee it is important to be able to find the best ingredients possible. In order to make four steaming mugs of Canadian Coffee you will need ¼ cup of pure maple syrup. It is important to use authentic maple syrup to obtain the best flavor; the syrup, however, can be as light or as dark as you prefer. The whisky that you select to use in Canadian coffee is also important and you will need ½ cup of the liquor. Popular brands of whisky to use are Crown Royal, Gibson’s, Wiser’s or Forty Creek; although, you favorite whisky will work in the brew. Finally, you will need at least 3 cups of black, double strength coffee remembering that the coffee used in Canadian Coffee is to be stronger than a regular cup of coffee in the morning.

Now that you have the ingredients to make the coffee it is also important to gather the ingredients for the topping. The topping will also require some of the maple syrup used in the liquid portion as you will need about an additional 4 teaspoons of syrup. Canadian coffee also requires ¾ cup of whip cream and it is recommended to prepare your own rather than purchase an aerosol can of whip cream.

The recipe for Canadian coffee is fairly simple. First you should prepare the topping by whipping the whip cream and then folding the maple syrup into the whip cream to create a mixture. The coffee should than be brewed and mixed with the maple syrup and whiskey. The coffee mixture is than poured into a mug and the topping is spooned on top. It takes about 10 minutes total to prepare and cook a batch of Canadian Coffee. Once prepared the only step left in the recipe is to enjoy your creation.

Turkey
Are you looking to purchase a Turkish coffee grinder? Do you want to know

Turkey
Want to buy a genuine Turkish Copper coffee pot? Do you want to know