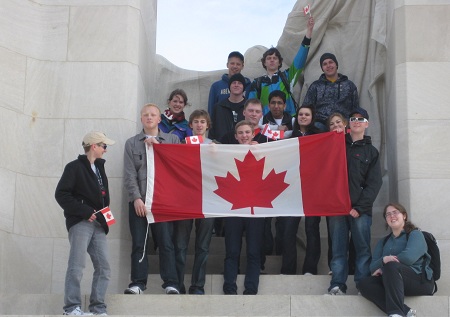 Do you want to learn about defining moments in Canadian history? Are you interested in discovering cultural, political and military moments that defined Canada? Read our guide for more facts and information…

Canada became a nation in 1867 when four colonies signed the British North America act to become early Canada. Canada, however, did not earn its identity with the stroke of the pen. For years after Confederation Canada continued to be viewed as a British colony especially when compared to their southern neighbor the United States. It is through moments like those described below that Canada earned its identity that is still being formed today.

Near the end of World War I from April 9-12 of 1917, the Canadian military earned a victory that is celebrated in Canada today. The Battle of Vimy Ridge was an impressive military operation as it was a battle between the Canadian Corps and three divisions of the German Sixth Army. The Canadian army succeeded in capturing the high ground of Vimy Ridge, which many other regiments had tried and failed to do; however, the success of the operation is no the only reason the battle is remembered today.

The Battle of Vimy Ridge is a defining Canadian moment as the battle was the first occasion all four divisions of the Canadian Expeditionary Force fought in battle together under a Canadian commanding officer. Vimy Ridge has come to be seen as a symbol of Canada’s coming of age as a nation. The success of the Canadian Corps allowed Canada to be seen not only as a British colony but as a contributor to the Allied Victory in Europe. Vimy Ridge is a symbol of achievement but also sacrifice, as 3600 soldiers died there and another 7000 were injured. The Battle of Vimy Ridge is still remembered today as a moment that signified Canada’s national identity and unity.

In 1929, a group of women that would become known as the Alberta Five participated in a moment in Canadian history that changed the lives of Canadian women. Emily Murphy, Henrietta Muir Edwards, Louise McKinney, Irene Parlby and Nellie McClung fought for the  recognition of women as persons under the British North America Act. This group of women felt that women should be recognized as persons by law as prior to their case women had limited rights and in fact lost the rights they did have upon marriage. The Alberta Five wanted not only universal suffrage but also better social, political and legal lives for Canadian women. The group had to appeal their case to the highest court of Canada which was the Privy Council in London at the time where the lives of Canadian women were forever changed when the ruling was decided the women were indeed, in the eyes of the law, persons.

On October 30th of 1995 the voters of Quebec were for the second time faced with a referendum that asked if Quebec should secede from the country of Canada. The referendum proposed complete sovereignty with the potential for a partnership to emerge with Canada. The referendum was prompted by fears that the other provinces had differing interests from the French province of Quebec. In the weeks preceding the vote it appeared that the referendum would pass and Quebec would secede; however, with a televised address from the Canadian Prime Minister Jean Chretien and a Unity Rally held in downtown Montreal the referendum was defeated narrowly at 50.58% to 49.42%. The issue, however, of Quebec independence continues today through the Parti Quebecois and strenuous relations between French and English Canada.