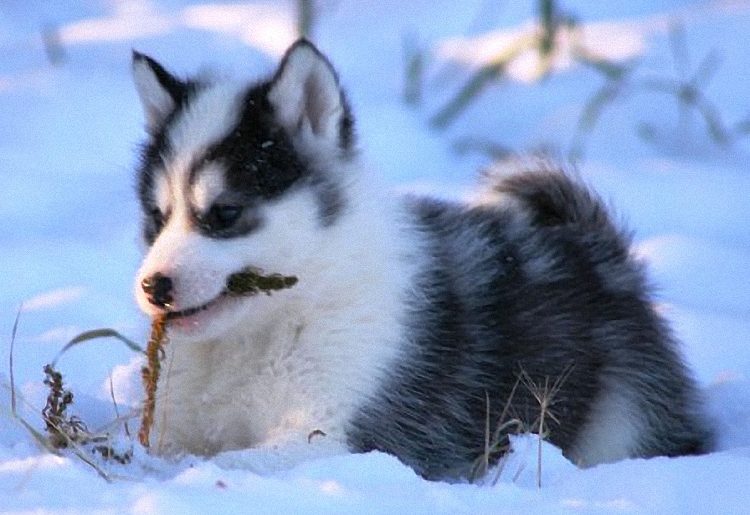 The Canadian Eskimo dog breeders provide basic description and information regarding this breed of dog in Canada. They conform to certain guidelines regarding the standard of the breed and are particular about providing information on health issues as well as training of the animal.

The Canadian Eskimo dog is quite a gentle and an affectionate companion but does not adapt easily to a temperate climate. The primary function is to pull sleighs and function as a working dog on prairies and farms and therefore they require enough exercise outside which should be during the subfreezing temperatures. This is mainly because it has a very thick coat of fur to protect it against the harsh environment of the Canadian tundra.

A Canadian Eskimo dog is approximately 27 1/2 inches high and weighs between 66 to 88 pounds on average. It is often called Qimmiq by the native Inuit population in the Canadian Arctic region where it originates from. It is in fact the oldest indigenous breed which still survives in North America.

This dog was popular with Arctic explorers because it had a reputation as a very hard-working sled dog that proved to be extremely economical by pulling heavy loads across vast distances and required very little nourishment to keep it going.

Interestingly enough in 1950 there were around 20,000 Canadian Eskimo dogs surviving in North Canada but when they were eventually replaced by snowmobiles they started declining to the point of extinction.

The Canadian Council and private individuals tried to save the breed from extinction through establishing a project in the 1970’s and this was mainly funded by the Canadian Kennel Club.