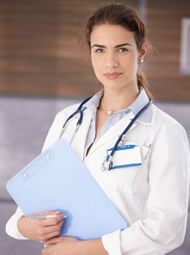 Want to learn more about Canadian physician salaries? Read on for facts and info about the factors that determine the salaries of Physicians in Canada…

If you are looking to develop a career as a physician in Canada then it is important for you to know what prospects lay waiting for you in the future. The truth of the matter is that physicians are not substantially compensated for their services in Canada.

The Canadian Medical Association Journal recently conducted a study which revealed that one out of every nine physicians that are trained in Canada leave the region to practice in the United States of America.

There are two good reasons that cause Canadian trained physicians to migrate to the United States. First and foremost is the fact that they are paid higher salaries in the United States. The other factor is that there is a wide availability of specialty positions which is good for developing a career in this line.

While Canada has a fair share of trained physicians they tend to leave the country for better job opportunities abroad. This has led to a shortage of general practitioners in Canada. The fact that sub-specialists jobs in Canada hardly exist will lead to further migration to the US in future.

Statistics reveal that doctors in America make almost twice the amount of money compared to doctors in Canada. This alone is the single most motivating factor causing Canadian physicians to relocate to the United States.

A Canadian census conducted back in 2001 revealed that specialists in Canada earn up to $ 125,000 annually. Compare this with the statistics revealed by the US Department of Labor and you find that American physicians make about dollar 100,000 more as their total earnings add up to $ 228,000.

However $100,000 extra in America may not be a good enough reason to migrate. Dr. Barry Rubin, the chief of vascular surgery in Toronto’s University health network suggests that greater income is not the reason which causes Canadian physicians to relocate to the United States. Furthermore running a private clinic has higher costs in America which can cut down the actual benefits of the higher earnings.

Another added cost is that of malpractice insurance which can go well over $100,000 every year. When a physician opens his own clinic he has no time on hand to conduct additional research or administrative tasks to supplement his own income.

While many Canadian physicians migrate to the United States for different reasons there is another group of nationalistic Canadians that have too much pride in their nation to relocate anywhere else. For them staying in Canada is worth more than the lucrative job offers elsewhere. Along with this public health care in Canada is also experiencing a boom which is another solid reason to stay in the region.

It is interesting to note that Canadian nationals are not the only people developing an inclination to continue living and practicing in Canada. A large number of American physicians are also considering practicing in this country. For some it is the universal health care system of Canada that serves as the major attraction and for others it is the love of the country.