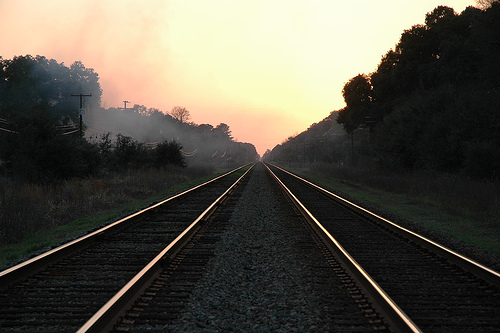 Want to learn more about the Canadian railroad trilogy? Read on for information on this popular song composed in commemoration of the Canadian Pacific Railway…

In the second half of the nineteenth century, a great need was felt to build a transcontinental rail link between the eastern half of Canada and the more newly settled Pacific coast areas. When British Columbia entered the Confederation in 1871, the need to build a long-distance rail network to link the new province with Ontario in the Great Lakes area and Quebec on the east coast became paramount.

Work on the Canadian Pacific Railway began in earnest in 1881. The Ottawa Valley and Georgian Bay lines already in use were connected and extended to create a true trans-continental rail network. The big circular logo with the Canadian beaver and maple leaf symbols was the icon of transportation to most Canadians for nearly a century. The rail line was also to prove extremely vital to the quick development of the new province and the emergence of Vancouver as a prime economic zone and a center-piece of immigration into Canada.

The Canadian Pacific Rail company held sway over passenger transport across Canada until the 1970s when it was eventually supplanted by VIA Rail in 1978. The passenger transport operations of Canadian Pacific finally ended in 1986 and these days the fifteen thousand employee- strong company solely focuses on moving freight and goods across this vast country and into north-eastern United States. Indeed, this corporation is still the lifeline of the Canadian economy.

The Canadian Broadcasting Corporation planned to celebrate the beginning of Canada’s centennial year by commissioning a song dedicated to one of Canada’ great achievements. The singer Gordon Lightfoot was asked to write a song about the building of the Canadian Pacific.

Lightfoot decided to write a song along the lines of the Civil war Trilogy song by Gibson and Camp. He inverted the three-paced tempo of that song by starting off fast and then slowing the tempo before picking it up again. The initial fast pace was supposed to mimic a locomotive picking up speed

whereas the slow section in the middle was supposed to mirror the dedication and endurance of the workmen who built the railway as well as their travails and sorrows, especially the many lives sacrificed in breaking through the harsh and inhospitable terrain of the Rockies.

This song has been covered by John Mellencamp, George Hamilton, and others and it was hailed in 2001 as a Canadian Master Work by the Audio-Visual Preservation Trust of Canada.