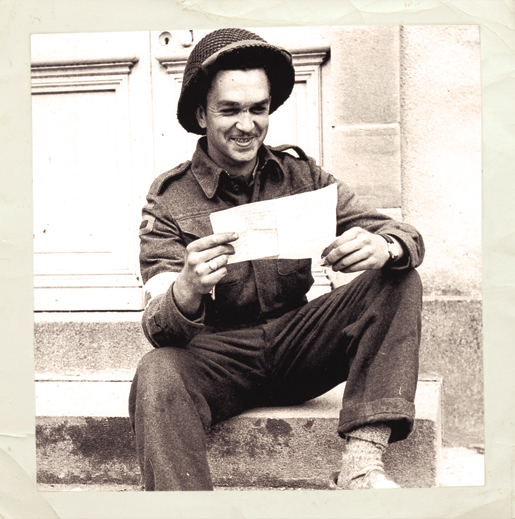 Do you want to learn about the date of November 18th 1918 and its significance to many soldiers of World War One? Do you want to discover the emotions expressed by Canadian Soldiers in letters home on this day in history? Read our guide for more fact

Today, in many parts of the World November 11th is commemorated as the end of World War One. It is true that on November 11th of 1918 the armistice in Europe was signed which politically brought an end to the First World War; however, it was not until November 18th of the same year that the final day of the Allied offensive was enjoyed.  The letters written by Canadian soldiers in this period commemorate not only the end of the offensive but also celebrate the signing of the armistice and the end to years of war. The letters of the Canadian soldiers are unique in their words; however, the general expression of hope and excitement to return home was universal.

The letter that was written from Canadian soldier Clarence Reginald Charles to Lilian back home in Canada conveys the hope that spread through the Allies in the wake of the end of the last offensive. Charles had been stationed in France through the end of World War One and his letter speaks of the fact that he is now venturing out of France and the region that he had long been stationed in.  The hope that Charles felt with the end of the War is clear as he is almost jubilant in tone as he writes of seeing villages that instead of being ravaged by destruction are instead untouched by the horrors of war. The optimism he expresses over seeing these untainted villages is only second to his hope of returning home.  Charles writes to Lilian that he was at the time headed towards Germany where the Allies established an occupation; however, he was looking forward in time to when he would be able to return home. Many Canadian soldiers did not return to Canada until 1919; Charles, however, in the wake of November 18th of 1918 hoped that he would be able to come by the end of the year.

November 18th of 1918 did not arrive quick enough for many soldiers who fought in World War One and so although the time was a period of celebration a few soldiers were reserved in their hopes although not without optimism. Frank C. Cousins wrote to Nellie back in Canada that despite the war having ceased he felt that in many regions the conditions remained much the same as destruction and damage still filled the air. Cousins, may have been hesitant to celebrate himself, however he did remark that some members of the regiment had begun to head home although he anticipated having to stay a while longer at the time. Cousins, also was unable to completely miss the celebration that was going on as he was curious to learn if the celebrations back home in Canada were anything like what he was witnessing in Europe.

The End of Despair

Most letters written in World War attempted to maintain a hopeful tone without succumbing to fear but after November 18th of 1918 the letter from Robert Johns Conners to Edith demonstrates that not only had the war ended but so had the atmosphere of fear. Conners’ letter references rejoicing in Europe and speculates on the celebrations in Canada. He also is unable to restrain himself, as he is now able to joke about being out of a job. He also mentions that the weather appears much more beautiful than it was previously, as well as discussing the number of people being dispatched to Canada. Conners’ letter like many others of the time concludes with best wishes and the sincere writing of hoping to see the recipient soon.