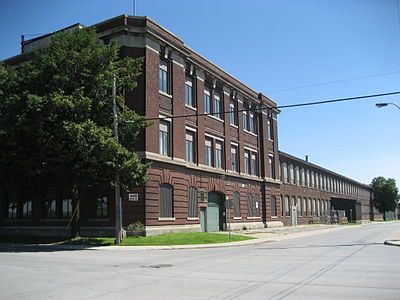 Are you interested in learning about the company Studebaker? Do you want to know the specifics about the Canadian Studebaker factory? Read our guide for more facts and information…

Studebaker began as an American based manufacturing company that was originally in the business of producing wagons and other early modes of transportation. With the advancement of modern technology, however, in 1902 Studebaker started producing their first automobiles. Studebaker brought the first modern automobile factory to Canada when the factory in Hamilton, Ontario was established. The Canadian Studebaker factory was built on a piece of land covering 20 acres on Victoria Avenue north just off of Burlington Street. Studebaker established the factory in Hamilton in part because of the city’s strong steel industry at the time.

The Canadian Studebaker factory was successful for a considerable period of time as at times the plant ran two shifts to raise production and meet quotas. In 1950 the factory enjoyed the best year of production that it would experience. The Canadian Studebaker factory was a modern and up-to-date factory that during peak production was responsible for sales, parts, and manufacturing. Studebaker marketed their products to Canadians as Canada’s own car due to the location of the factory, while in the American market it was instead pitched as the common sense car. Studebaker was also a well respected and liked company by the its’ employees as not only was the company the 10th largest employer in Hamilton but it also was considered family oriented with the organization of employee parties and day trips.

The End of the Line