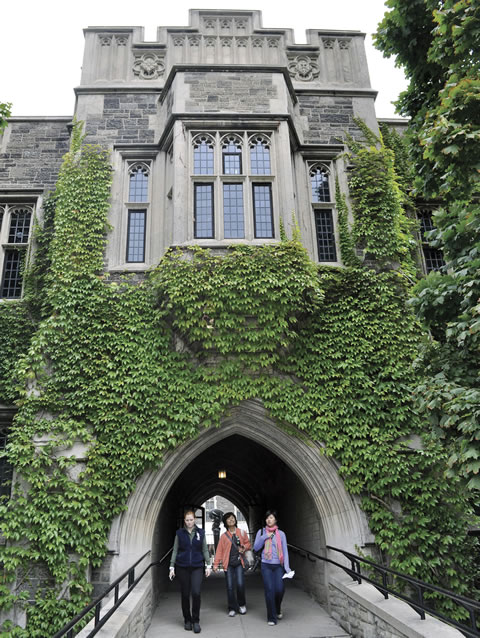 Are you considering attending a Canadian University and are interested in rankings? Do you want to know where Canadian Universities are ranked in comparison to the world? Read our guide for more facts and information…

Rankings of universities are conducted by many independent researchers with their findings then released. In Canada the most popular source for university rankings is the list compiled by Maclean’s magazine. This magazine creates a list scoring Canadian universities in many different categories before averaging the scores to create a final rank for the school. Maclean’s typically scores Canadian universities in the categories of student body experience, class size and experience, faculty, finances and available assistance, library resources and finally reputation. It is also common for most university ranking systems to rank schools in three categories of undergraduate study, graduate programs and professional schools. It is important to note that the rankings of Canadian universities are not complete as many smaller institutions often fail to be recognized in the rankings and in Canada specifically Maclean’s chooses to not include privately funded universities in their scores.

Maclean’s magazine located in Canada publishes a list ranking Canadian universities each year to help advise applicants to the upcoming academic year. Every year the rankings shift to a varying degree; however an overall ranking can be created by averaging past rankings. The average top 10 Canadian institutions are from first to tenth:

The ranking of Canadian universities is not without controversy as many schools have expressed displeasure over the ranking process. For example some larger universities such as the University of Alberta and the University of Toronto have expressed frustration over the rankings which may in part be to the fact that researched focused schools such as these rank high on reputation and academics but often suffer in student experience. It has also become a recent issue that many prominent universities no longer want to participate in future surveys over concerns with the release of information and the displeasure with the system. In response to the refusal of Canadian universities to participate the institutions now face increased criticism and more speculation.