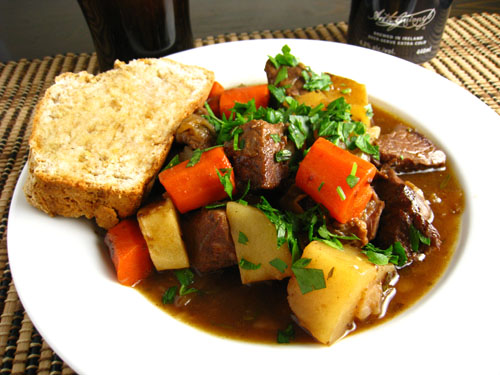 Do you want to learn about French Canadian Recipes? Are you interested in cooking classic French Canadian dishes by following a recipe? Read our guide for more facts and information…

Poutine is a well known French dish that has gained notoriety through its inclusion in fast food restaurants; however, the dish can also be made at home. First French fries must be cooked. After the fries are cooked cheese curds are placed on top and hot gravy is poured on. The dish can then be spiced to your own personal taste and then it is ready to enjoy.

Pea Soup as it known in English is a dish enjoyed amongst French Canadians. In order to make this dish you will need 2 cups of dried peas that have been soaked overnight and then drained. In addition to peas ½ pound of meat is also required. If possible it is recommended to use meat with some fat, and it should then be cut into cubes. The soup also requires two medium onions, two cups of celery and 1 cup of carrots chopped. Also in order to add flavour to the pea soup the recipe calls for four cloves of garlic, 2 tsp of salt, 1 tsp of pepper and 1 tsp of savoury. The soup also requires 8 cups of water in order to create enough to serve about 10 people. In order to create pea soup all of the ingredients should be placed in a pan and brought to a boil. The mixture should then be cooked over low heat for 2.5 hours adding more water if necessary.

Lamb stew is another main dish that is enjoyed by French Canadians. In order to create enough stew for 6 to 8 people you will need 2 lbs of lamb cut into cubes. The recipe also calls for 4 tbsp of flour and 5 tbsp of butter to be used in the cooking process. The recipe also requires 2 medium onions, 2 cups of sliced carrots, 2 cups of chopped celery and 1 cup of chopped parsley. Also in order to flavour the lamb stew the recipe needs 1 ½ tsp of salt, 1 tsp of pepper, ½ tsp of mustard seed and 1 tsp of thyme. The recipe also calls for 4 cups of water and 2 cups of peas. The first step of this recipe is to coat the meat with flour and then sautée in a pan with butter until it is brown. All of the remaining ingredients should then be stirred in with the exception of the peas. This mixture should then be brought to a boil and covered with a lid. The lamb stew should then simmer for two or more hours. After two hours have elapsed the peas should be stirred in and cooked for about 20 more minutes.

Dessert is also popular amongst French Canadians leading to the recipe for maple syrup pie. This recipe calls for 1 ½ cups of maple syrup, 1 ½ cups of half and half cream, 4 tbsp of corn starch, 2 tbsp of butter, ½ tsp of vanilla and 1 pie crust.  Whipped cream can also be used as an additional topping for the pie. The recipe directs placing all of the ingredients in a saucepan and bringing the mixture to a boil while continuously stirring. Once boiling, the heat should be lowered and continued to be stirred until thick. Once the mixture has thickened it should be allowed to cool and then poured into the pie crust. The whipped topping can then be added to complete the maple syrup pie.