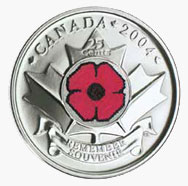 Canadian coins that are developed today have a reflection of the Canadian culture featuring the beloved animals from the Canadian landscape. Two of the most popular ones are the famous loon on the dollar coin giving it the nickname of the loonie, and the endearing beaver on the nickel coin.

The rare Canadian coins comprise of the experimental coins, limited edition coins, coins printed with errors or the commemorative coins, and precious versions of basic coins and of course those created out of precious metals. However, most of the precious coins were melted to extract the gold and silver ore in them.

Rare Canadian Coins and Their History

What makes Canadian coins rare is the fact that a lot of time has elapsed since they were issued, the images and details have worn off, or they have been melted to extract precious metals and all of these factors make them more valuable than their actual worth.

Apart from the pennies, all of the early Canadian coins were created out of silver and unfortunately have been melted to extract the precious metal. These coins went out of circulation when silver became more expensive than the dollar value of the coin. Canada initially used to utilize Spanish, American or British currency and coinage before creating its distinctive Canadian currency. In fact the first Canadian coins were minted after Queen Victoria took over the throne in 1858.

Silver Canadian dollar coins were first issued in 1911 and only a few of these survive making them extremely valuable and worth around CAN$1 million in today’s market. The gold coins minted in Canada were available from the years 1912 to 1914 and again are considered extremely valuable and prized by collectors. The first error in a Canadian coin was recognized in the 20th century in 1902 when Edward VII’s image featured on the coin showed him in St. Edward’s Crown which was not actually worn by him during his coronation. Based on that minting error these coins have become prized collector’s items.

The fifty cent coin is the least frequently produced coinage in Canada and is considered extremely rare and sought after by collectors. And another interesting fact about Canadian coinage is that in 1936 when King George V died the Canadian mint was awaiting the dies which featured the impression of George VI.

However, they faced a severe shortage of coins in the New Year and produced less than a few hundred of each denomination. What they did was to put a small dot on the 1936 pennies and nickels to indicate that they were printed in 1937. Since there are less than 100 pennies and nickels printed they have become valuable collectors’ items.

The same tactic was used after the imperial title was removed from King George VI’s official coinage and now the mint added a small maple leaf to show that the coin was marked 1947 but was actually minted in 1948.