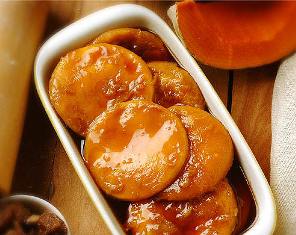 Interested in Chilean recipes? Looking for a classic Chilean recipe? Read our guide for directions on how to make traditional Chilean food…

Stretching over a diverse typographical landscape Chile’s cuisine is just as diversified as its land. From tasty appetizers to finger licking good main dishes and fun filled desserts to juicy sandwiches you will be able to find all kinds of Chilean recipes.

Some popular Chilean recipes are as follows:

This is one of the most popular items that the Chileans love to start off with. In order to prepare this classic appetizer you will require one cup cooked pumpkin which should be butternut-squashed. You will also require a cup of all purpose flour, a tablespoon of baking powder and a fourth teaspoon of salt. And of course oil for frying.

Mix the ingredients into a bowl adding them one by one. Then form them into ball but do not knead. Rather just roll out the dough to about one centimeter thick and then cut out round sopaipillas. Prick them using a fork and toss them in the frying pan with hot oil until they turn a nice golden brown. Serve this delicious classic Chilean dessert with pebre sauce for a true taste of Chile.

This is a seafood favorite of the Chileans. You will need around 750 grams of skinned salmon which you need to cut into small cubes. Along with this you will require around 500 grams of ice, two cups lemon juice, two cups peeled and diced tomatoes and one cup of chopped green onions. Add some fresh green chili to the list along with about 16 olives, some olive oil, Tabasco sauce, white vinegar, some lettuce and avocado and lastly around one teaspoon oregano and three tablespoon chopped parsley.

Toss the salmon along with the scallops in a bowl adding the lemon juice and leaving it to marinate for about five to six hours. Meantime mix the rest of the ingredients in another bowl. Once the salmon is nicely marinated drain it out and mix it with the dressing that you have prepared. Next refrigerate it for the next 3-4 hours. Your salmon will be ready to serve over a finely laid out bed of lettuce along with the garnish and sliced avocados.

Get around a dozen whole dried peaches along with some sugar, cinnamon stick and around 250 grams of wheat mate. Prior to making the dessert you will have to soak the dozen peaches in cold water for a night. The next day place them in a saucepan full of water.  Add sugar to taste along with the cinnamon. Now cook the mixture until the peaches turn tender and let it cool in the cooking liquid.

In the mean time you will prepare the mote by putting the wheat with some water ashes from the cypress tree in a saucepan. Boil until the skin becomes loose. Once the desired texture has been achieved drain and run the wheat so as to remove its skin. Wash it in cold water and keep it to boil again. Next drain and cool the contents. To serve place the peaches with the juice in a serving dish and sprinkle it with the cooked mote.