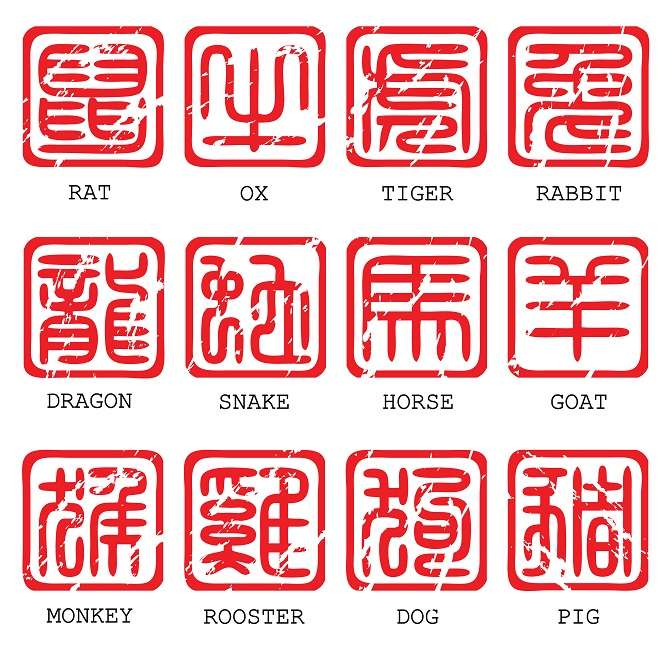 The twelve animals that make up the collection of the Chinese zodiac signs are well known around the world. Most of us are however only able to identify the animals rather than knowing what exactly they stand for. According to Chinese tradition each year is represented by an animal. Individuals born under the year of the animal are believed to carry their characteristics.

The rat is the animal that represents the first year of the twelve year cycle. Individuals born in the year of the rat are considered to be clever and cunning while possessing a good sense of humor. They are known to possess a refined taste and are known for their perseverant attitude.

Solid as its structure is the ox represents a steadfast personality and a goal oriented individual. Hard working as they are people born in the year of the ox can also be stubborn and tend to be introversive.

The tiger is a symbol of authority. Individuals born in the year of the tiger are as charming as the animal is while possessing a strong ambition and the courage to back that up. They are also known to be moody and warm hearted as well.

Rabbit people are true social animals. They love to be around friends and family and enjoy popularity. They are also known to be sincere and always try to avoid conflict.

The symbol of the snake represents a charming and seductive character that has an introverted nature. Analytical in their approach snake people are smart enough to be dangerous. They are also known to have a strong intuitive spirit which sometimes takes precedence over their brains.

Individuals born in the year of the horse are known to possess a free spirit. Full of energy and reliant upon themselves horse people are known to be good with money. They love to be intimate and roam the earth but at the same time they are known to be impatient and unsteady.

Goat people are known to be deep thinkers. Although unorganized in nature they possess a lot of creativity and are sensitive to their surroundings. Individuals born in the year of the goat require a lot of love and support from their acquaintances.

Those born in the year of the monkey are known to possess a fun loving spirit. Full of energy and an upbeat attitude there is no stopping the monkey people once they get going. Although they are believed to be good listeners they can be big time heart breakers as well.

The rooster represents a highly practical character that is observant of his surroundings and likes to analyze things accordingly. Individuals born under this sign are known for their trust and honesty.

Loyalty, honesty and faithfulness are the key qualities found in the character that the zodiac sign of the dog represents. They tend to be sensitive in nature but have a good business sense.

The pig represents a very friendly character that possesses a perfectionist spirit. Generally, they are known to be very helpful towards their friends but things can get real ugly if provoked.