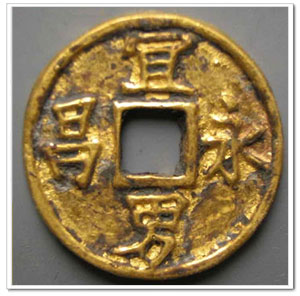 Interested in the ancient Chinese economy? Want to know about economic factors that prevailed in ancient China? Read our guide for more facts & information…

For 18 of the last 20 centuries, China has had the largest economy in the world. Before that time, the economy of ancient China introduced to the world a number of economic concepts, like the use of coins and money, land distribution for non-aristocrats’, and the development of a merchant class.

This time in ancient China is also sometimes referred to as the “Spring and Autumn Period” because it is covered by Confucius’ book The Spring and Autumn Annals, which was a record of ancient history from roughly 770 to 481 BCE. It was a time of decline of the patriarchal clan system and other traditions of the Western Zhou Dynasty, which ran from around 1100 BCE to 771 BCE. The Chinese people traded amongst themselves with silk, cattle, iron, fish, and salt. Additionally, they traded externally with places like Greece and India.

The Warring States Period was the ancient Chinese era of regional warlords consolidating their rule by annexing smaller states around them. During the third century BCE, seven states had gained prominence. These “Seven Warring States” were: Qin, Wei, Zhao, Han, Yan, Chu, and Qi. Warlords who once considered themselves on the same level as dukes declared themselves equal to the Zhou dynasty king.
During this era, iron took over from bronze as the primary metal used for warfare. Confucianism and Taoism developed as philosophies during the Warring States Period. Trade increased and diversified, and as a result, merchants gained political power. This new merchant class confounded the royalty: they didn’t work in fields, yet they had more grain and much more wealth than farmers. They had no real political office, yet they could live as luxuriously as state rulers.

During the final decades of the Warring States Period, the Qin finally managed to conquer its rivals by force and unify China. Qin Shi Huang (whose personal name was Ying Zheng), became the first emperor of the unified China in 221 BCE and ruled until his death in 210 BCE. After unification, Qin and his advisers passed a number of economic and political reforms. Qin was considered the worst managed dynasty in not only ancient China’s history, but also until the beginning of the modern era in roughly 1800 CE. The Qin dynasty only lasted 15 years.

But while the empire system got off to a rough start, under the Western Han (206 BCE-24 CE), the successor empire to the Qin, internal competition declined on the East Asian mainland due to the political process of empire building. This resulted in a more integrated – if more bureaucratic – economic structure, with agriculture dominating the economy of this time period. This economic era was unusual in that it was much more economically homogeneous than eras before or since. The changes that took place under the Western Han are considered pivotal in shaping the Chinese economy all the way until the 19th century CE.