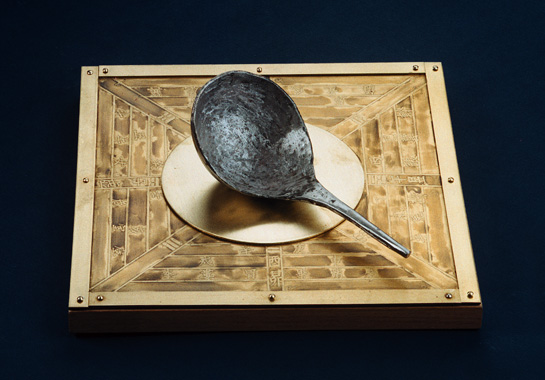 China has contributed many modern technological advances; but, have you ever wondered about ancient Chinese inventions? Do you want to know which of Ancient China’s inventions are in use today? Are you interested in how each invention shaped ChinaÃƒÂ¢

As China grows into a modern day superpower, it is important to remember that China as a civilization has existed for more than six millennia and contributed countless inventions that shaped China’s evolution and amazingly continue to shape the modern world. Ancient Chinese inventions such as gunpowder, silk, paper, and the compass were and still are prominent pieces of Chinese and global life.

Today gunpowder is associated with military use; however, gunpowder was actually invented by Taoist monks in Ancient China who were searching through alchemy for the answer to human immortality. Perhaps, it is due to this original search that the Chinese word for gunpowder translates directly as flaming medicine. Although the monks failed to find immortality, the mixture of sulphur, saltpetre and charcoal that was early gunpowder was not originally used for military purposes.  Ancient China originally used gunpowder for signal flares and fireworks before being adapted to military use. Ancient China furthered the invention of gunpowder as its military capacity continued to develop. Gunpowder was used militarily to develop fire arrows and primitive rockets in times of conflict throughout Chinese history.

Many inventions are created out of necessity and the motivation for Ancient China’s invention of paper was no different. In China, particularly in the royal court, texts were highly valued; however, before paper was created the Chinese were forced to record their texts on stone or bone. This situation meant that books and documents were heavy, bulky, and difficult to transport. The only way to avoid utilizing heavy material was to utilize silk which was a valued invention in its own right. The invention of the paper making process helped to solve these problems. Ancient China created the mixture of fibres that when dried created the first of what would become modern day paper. The Chinese invention of paper allowed the world to alter its system of recording and continues to be important today.

Although silk is naturally created by silkworms, China invented how to harvest the silk and use it in clothing and paper at times. Silk was also a vital invention to Ancient China’s economy, as Europe imported a great deal of silk. Ancient China’s creation of silk allowed China to connect to the outside world through trade and led to the creation of the Silk Road which was an overland trade route. Silk allowed China to interact with the world through an invention that until the silkworm eggs were smuggled out of China into Europe was unique to Ancient China.

These four inventions are simply a few of many that Ancient China contributed to the world. Ancient Chinese developments are often overshadowed by European accomplishments; however, these inventions prove that China’s innovation shaped not only their ancient civilization but that they continue to influence the modern world.