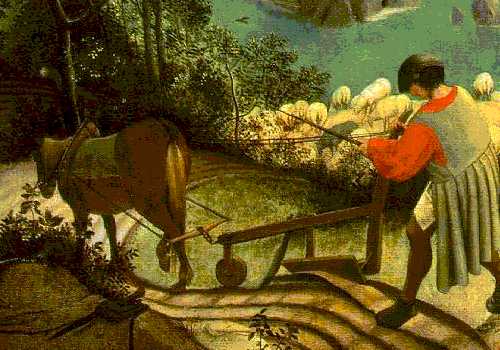 When the western world had no idea about science, ancient Chinese technology and science was at its most advanced stage. Be it gun powder or paper, technologically China was ahead of any of the ancient civilizations…

From ancient to modern

Today the western world is rediscovering the advantages of Reiki, Acupuncture and herbal medicines. Technology of herbal medicine and the art of acupuncture could be traced back to ancient China. The Taoist philosophy had greatly contributed to it. While today’s toddlers play and learn counting from abacus, you can trace its discovery around 700 -800 B.C in China.

Seeing time was no great hurdle for traditional Chinese either. From the invention of the shadow clock 4000 years ago to modern watches Chinese technology has come a long way. Built by the emperor Qin Shi Huang around 200 BC the Great Wall of China is another evidence of technological advancement of ancient China which holds a proud place in the archeological wonders of modern times.

We have numerous evidences of Chinese discoveries which are the foundation of modern technologies. When the western world knew nothing about smelting iron the Chinese were already smelting tons of it. With the advancement in science and technology as Europeans learnt smelting the Chinese went ahead to discover steel which was more resilient as well as malleable.

The greatest Chinese discoveries of all times which the whole world accepts even today are the art of paper making, printing, gun powder and magnetic compass. Paper making was an art which developed in ancient China and they used silk, cloth, bark, fiber and hemp. Later during the Han Dynasty, about 1800 years ago, paper making was refined and was being made from hemp and bark and later from bamboo.

printing technology was invented in ancient China as far back as the 8th century and by 868 they were using wood block printing which was used to print the first book in the world. Advancement in the technology came by 11th century when movable ceramic printer was invented during the rule of the Song Dynasty. By the time the Tang dynasty came to power in ancient China, printing and paper making techniques had prompted the invention of books and book shops in the cities.

The invention of these two had put ancient China in the fore front in terms of scientific discovery and development. The compass was extremely useful for trade and sea travel. Here they used magnets to magnetize a pointer made of iron. Later the western world borrowed the technique for the navigation on the sea.

Gun powder was invented by accident when the ancient Chinese found that throwing some types of mineral powders in the fire produces color and sparkling flame. They used the technology for making fireworks. Later the same gunpowder changed the art of modern warfare when it was used by the European powers against their enemies.