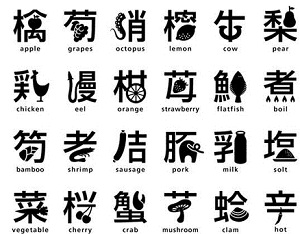 Take a trip back in time as we uncover the history of ancient Chinese symbols and their evolution to the modern day Chinese writing system.

The Chinese writing system is one of the oldest systems of documented languages in the world. Although this in itself is an amazing honor, that is to be amongst the first civilizations to adopt a formal code of written language, what is even more amazing is this system has only been slightly modified over the 3500 years of its history.

Before we delve into the history of the Chinese writing system it is important to understand how it differs from what we are accustomed to with the use of the English language.

The basic difference comes in the form of word construction. The English language is based upon letters that represents sounds and are used in different manners to construct words. The Chinese writing system on the other hand makes use of symbols that represent one whole concept rather than letters based on phonetics. These symbols carry complete meanings and cannot be altered, simplified or added to one another to make a new word.

The most ancient Chinese symbols were discovered in the form of oracle bone script known as Jiaguwen. Archeologists claim these scripts belong to the late Shang dynasty dating back to 1500 BC. The ancient symbols can be seen etched onto different animal bones and turtle shells.

These oracle bones have actually served as a means of documenting and investigating the history of the Shang dynasty. The symbols on the bones are described as pictographic as they seek to represent a stylized version of the actual object intended to be symbolized.

Archaeologists have also discovered ancient Chinese symbols etched onto bronze vessels from the Western Chou dynasties from 1100 BC. The timings of these two scripts are rather close and experts suggest that they might actually be overlapping each other. The fact that they were etched upon different surfaces is what brings about a variance in their visuals otherwise the script is believed to be the same.

The script known to have laid down the birth pangs of the un-simplified version of the modern Chinese symbols is known as Ziazhuan. Although somewhat pictographic in nature this later script was far more linear than its predecessors. The angular look which is characteristic of modern day Chinese writing had not appeared as yet. This script has come a long way since its inception and is still used in preparing some scrolls.

Then came what was known as the clerkly script referred to as the Lishu script in local lingo. These ancient symbols were used by government bureaucrats for the purpose of documentation and communication. This was a time when the Chinese ancient symbols underwent a revolution.

The government was in need of a writing system based upon such symbols that were fast and easy to use. Hence the lishu characters were constructed in a simplified manner that made use of lesser strokes. Furthermore this made it possible to use a variety of brushes and pens to write in the script.

The lishu script symbols are almost identical to those used in modern Chinese writing. Over time the regional variations were removed and the entire system of symbols was formalized to form the current writing system of the Chinese language.