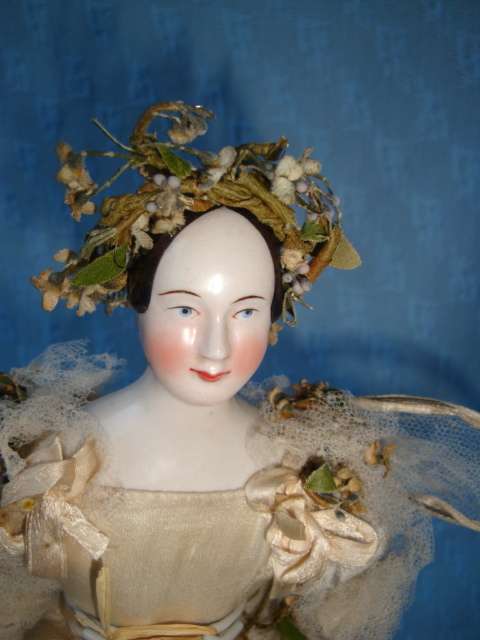 Ancient China dolls conjure up images of beautiful dolls with glazed white faces, blue eyes and stylish hair-dos. Although, they were mass- produced even around the 1920s, they are now just collectibles sought by any antique-collector or more specifi

For those of you who are not passionately into doll-collecting, here is a surprise: if you think that ‘china’ dolls are made or were made in China, you are absolutely wrong! The term ‘china dolls’ refers to dolls made from porcelain and the country where they originated from is Germany. In fact, Germany, Denmark and France can be jointly regarded as the places where this culture developed during the nineteenth century.

The earliest china dolls were manufactured by German companies KPM Berlin and Meissen and these dolls are extremely rare to find and hence most expensive nowadays. Royal Copenhagen (Denmark) and Rorstrand (Sweden) were also one of the earliest manufacturers of china dolls. The china dolls made by them date back to the 1840s.

Difference between antique China dolls and other dolls

Basically, china dolls are sculpted out of the translucent liquid called bisque, which is more commonly known as china. These dolls mostly consisted of a female figure from head to shoulder which has a glazed look, typical of porcelain. The hair and the hair accessories like ribbons, hair-bands, etc, were always molded and painted atop the head and were hence permanent unlike most modern day dolls which have ‘real’ hair. For this reason, antique china dolls can be dated based on the hairstyles they sport. These china ‘head’ dolls were often sold without their body, leaving the dressing up of the dolls entirely upon the owner.

These antique china dolls that have survived the test of time consist of just the heads as most of the fabric has rotted away. The bodies were mostly made by stuffing fabric, kidskin or even wood at times. The hands and feet were also made of china. The various body-parts were sold with holes for sewing them to form the fully dressed china doll.

Judging the age and authenticity of an antique china doll

The oldest china dolls manufactured by companies like KPM Berlin, Meissen and Royal Copenhagen, were compulsorily marked with the signature of the company under the shoulder plate. So if you are looking for an antique china doll from one of these companies, make sure you find the seal.

KPM Berlin manufactured china dolls with a red line at the edge of the eye-lid and no line on the rest of the eyelid. If the word ‘Germany’ is inscribed under the shoulder plate, then you may be sure that the doll isn’t older than 1891. This was when the McKinley Tariff Act came into effect, requiring all imported goods to contain a permanent sign of the country of their origin. If ‘made in Germany’ is inscribed then you can without doubt say that the doll was made after 1921. Most commonly, the hair-styles can be used to determine the age of the antique china dolls.