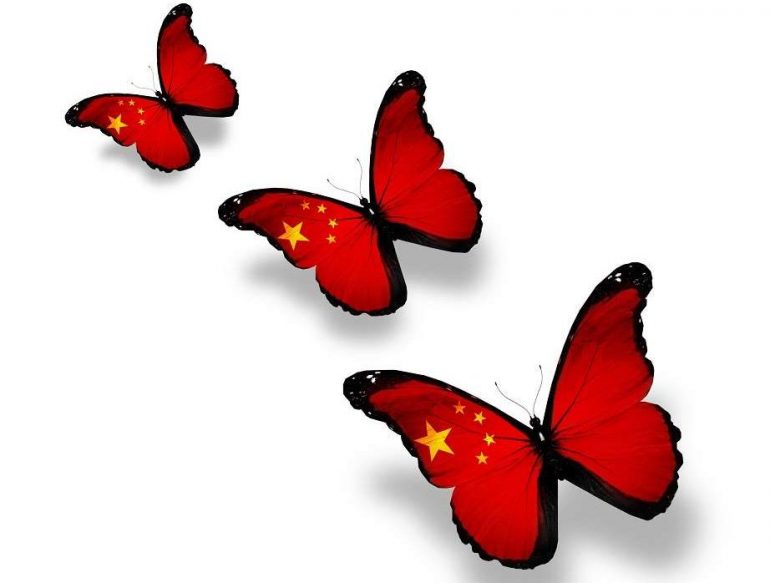 The butterfly has been a potent symbol of the Chinese culture for centuries. It has been featured in many different forms of art. The Chinese people are known to be keen observers of the world around them and the breath taking creation of the butterfly managed to attract the Chinese artist’s attention.

As is the case with most of the themes featured in Chinese art there was more to the butterfly than met the eye. In the Mandarin language the butterfly is known as hu-tieh. The word Tieh translates as seventy years. This is the reason why butterflies are taken as a symbol of long life. This is one amongst the many symbolic meanings that butterfly art has developed over the years. Another traditional meaning the image of the butterfly has taken on is that they are taken as a representation of young men in love.

Butterfly Art in its Various Manifestations

Although the butterfly has been depicted through various mediums of art there is nothing more popular than Chinese kites that feature the insect. The butterfly kite is one of the most popular kites in the word. Before the kites began to be produced in mass each kite was produced by hand and thus no two butterfly kites were the same.

The beautiful butterfly kites were hand made by skilled kite maters. The kites were made using bamboo sticks and sails of silk. Not only did these kites look great rather they flew amazingly well in the skies. Chinese butterfly kites were actually used as wall hangings in homes in ancient times. They took on the form of display kites rather than kites that were meant to fly. This was primarily because of the meaning that the symbol of the butterfly had for the Chinese.

Butterfly art is also manifested in the body art of tattooing that originates from China. The symbol of the butterfly is a hot favorite especially amongst the ladies of the west who take it as an effeminate symbol whereas in reality the butterfly does not have any such connotations in Chinese culture. Nonetheless the library of Chinese tattoo designs has numerous designs that feature different manifestations of the butterfly.

The butterfly has also been represented through the unique Chinese art form of scroll painting. Images of the creature were painted upon silk screens in different colors and were often accompanied with some calligraphic text stating some positive and inspirational words. Today Chinese butterfly art in its diverse forms is being sold online for those that want to get their hands on it.