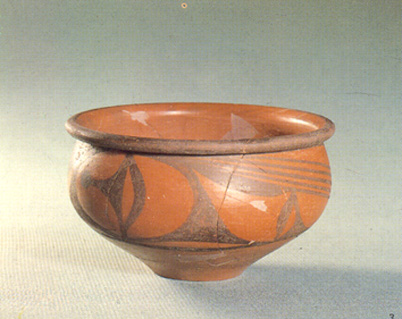 Interested in buying some Chinese art? Want to know what the most popular art forms in China have been through the centuries? Learn about some of the most unique Chinese art forms.

Today China is one of the world’s most progressive economies. Over the years however China has made many valuable contributions in the world of art. The vast territory that the country spans over has enlightened the world with many new techniques and art forms that have earned it fame and fortune. Some of the most unique art forms to have originated from the country are as follows:

This is an art form that is truly unique to China. Rather than taking different flowers as themes for their paintings the Chinese composers would make use of flowers to construe interesting combinations. This delicate art form developed into a formalized discipline over the years. As it is the Chinese possessed a deep love for nature and through this unique medium of expression they got a chance to express themselves through nature.

The Chinese would gather their flowers from the numerous woods and meadows from around the country. Over the years the Chinese developed four distinct styles of creating flower art. This included line arrangements, mass bouquets, platter bouquets and geometric bouquets. Chinese flower art is one of the many art forms that has gained world wide appreciation today.

This is perhaps the most widely known form of art to have originated from China. Chinese calligraphy stems from the unique writing system that the Chinese had. The Chinese writing system makes use of symbols that were painted using the brush and ink. Over the years the writing of these symbols turned into yet another unique art form.

This is an art form that actually stemmed out from the Chinese art of calligraphy. The end product was however quite different to Chinese calligraphic art. The most commonly used material for scroll paintings was silk. The unique combination of the brush and the ink along with the silk and the colors produced amazing results that were widely used to adorn the interiors of homes and shops.

The Chinese scroll paintings would feature different themes based on animals, courtly scenes, birds and fish etc. They were further decked up in beautiful frames and would also feature some inspirational words in Chinese calligraphy.

Ivory carvings from China date back to over four thousand years ago. It was not until two thousand years ago that the art form really came into its own as the Chinese began to import ivory from Africa. With an increased quantity of ivory at their disposal the Chinese artists began to take up ivory art in great numbers.

As a result there came into existence many fine pieces of ivory carvings that displayed the amazing talents of the Chinese artists that worked intricate details onto their ivory canvas. Original ivory art work from China is very difficult to obtain and art seekers around the world hold them in high esteem.