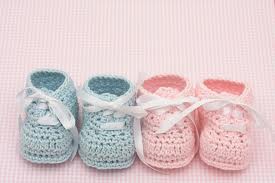 The Chinese baby calendar is a unique invention that the country is credited for producing. Find out how it works and the level of accuracy that it is believed to have.

The Chinese baby calendar that is available on the internet through the click of a button is actually an age old invention that was discovered in Beijing some seven hundred years ago. The calendar that claims to be able to predict the sex of an unborn child without making use of any of the modern scientific means actually lay buried in a tomb for over seven thousand years.

Developed by a Chinese scientist the Chinese baby calendar has a strange way to go about the process. The first thing that you have to do is to figure out the mother’s age in one of the spaces on the top row. Then extend columns down the left where you have to mark the month of conception. This cross connection produces the result which you can compare with your ultra sound if you don’t trust the Chinese baby calendar.

The Chinese have deep faith in the accuracy of the invention. After all it has been part of their culture for many years and has been put into serious use. For the locals it has always been a matter of great importance to find out the sex of the expected baby. This is because couples have always been more interested in having a baby boy than a girl due to the agriculture based activities around which their life used to revolve. Hence the Chinese baby calendar served as a means of planning for the future for those who put their trust in it.

The truth about the calendar

It is one thing to have blind faith in something and another to let the facts speak for themselves. Unverified statistics claim that the Chinese baby calendar has a success rate of 97%. For anyone wishing to check the legitimacy of the calendar one can make use of it and then compare the result with the result of an ultra sound.

In its essence the Chinese baby calendar shows the innovative spirit that the people of the nation possess. This unique invention was the first of its kind and it enveloped the entire nation leaving its influence on the minds and lives of the people even up till today.