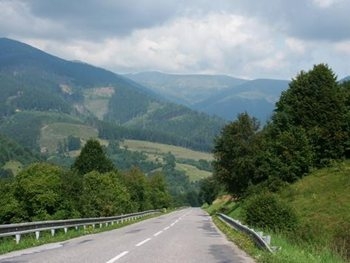 Are you going on holiday to Hungary? Perhaps you’re thinking about driving while you are in Hungary? Our guide to driving in Hungary gives you the facts & information you’ll want to know

Driving conditions are generally good. The roads in Hungary are well paved and driving laws are sufficiently stringent and strictly enforced.  The road network is extensive making most areas of Hungary accessible through driving. Like any other country in Europe, the climate of Hungary means one has to be aware of severe weather conditions such as heavy rain and fog, and drive appropriately.  People in Hungary drive on the right side of the road.

In addition to ordinary roads in built up areas of Hungary there are two other types of road in Hungary for which different driving rules apply. Firstly, there are motorways of which there are a total of seven in Hungary. Some, but not all of these motorways exact a toll for driving on them. There are also dual carriageways which are more prevalent and connect all major cities and towns in Hungary to the capital of Budapest.

Petrol is not especially cheap or expensive in Hungary, but about the same as you would expect to pay in any other European country. Petrol stations are widely available in Hungary and most towns will have at least one that is open 24 hours per day.

At least 3rd party insurance is compulsory for anyone wishing to do some driving in Hungary, whether they are in a rented car or their own car.  Accidents are quite common in Hungary so it may be advisable to have as much insurance as possible.

Hungary has a zero tolerance policy on drink driving, and by and large the people of Hungary obey the law. If you are caught driving even after only having a couple of units of alcohol you are most likely to be prosecuted.