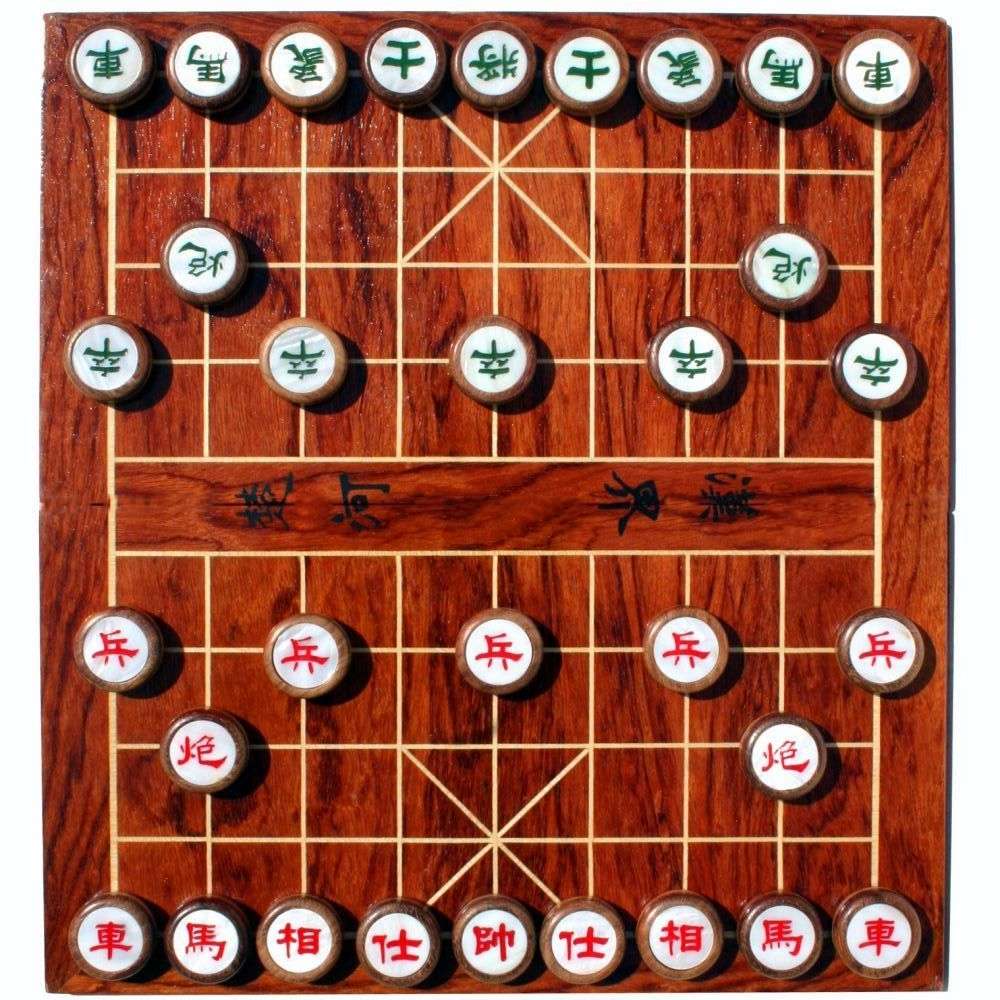 Want to know about the Chinese chess board & pieces? Read on to get an overview of the game board and the pieces along with their movements on the board.

The game of Chinese chess has some similarities with the ordinary game of chess. This is especially true when you compare the basic idea of the two games. Each player has his own army and the objective is to oust the opponent’s royal piece by securing a checkmate of stalemate. There are however certain fundamental differences with regards to the board and the pieces and their movement across the Chinese chess board.

The Chinese chess board

The interruption serves as the middle point and is known as the river. The river plays a very important role in the procession of the game. When the pawns of a player cross the river into the opponents half they are given the freedom to move sideways. On the other hand the elephants are not allowed to cross the river.

The board also has two palaces for each team positioned on opposite ends of the board. These have been demarcated by an X shaped mark which connects to all the four corner points. The palace is supposed to be the place where the general as well as the two advisors are supposed to remain throughout the duration of the game. The two sides have been given different colors; traditionally they have been red and black.

The pieces and their movements

Each player has a set of two horses, chariots, elephants and advisors. The army is headed by a general. Two cannons are also positioned in the third row and a line of pawns acts as the front most row of foot soldiers.

The chariot is the equivalent to the western rook and moves exactly in the same way. It has the freedom to move vertically or horizontally in straight lines covering as much of a distance as the player wills. It does not however have the freedom to move over occupied spaces.

The horses move pretty much like the western knight but it is not given the freedom to move over occupied spaces unlike the knights. It must make its complete move or not move at all. The complete move requires it to take the first step orthogonally and the second diagonally.

The general, which is the supreme royal piece is also confined to the palace and has a one space orthogonal movement. When the cannon is being moved passively it has the same movement as the chariot. When capturing a piece of the opponent however the cannon can leap over an occupied space to attack its opponent. Each pawn in the front row can move one space forward. When it crosses the river it is given the freedom to move sideways.