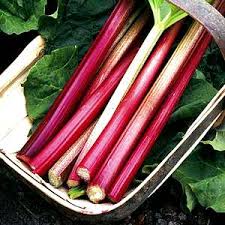 Looking for Chinese constipation medicine? Find out about the different techniques used to treat constipation under the traditional medical practices of China.

A change in the natural cycle of defecation which requires an individual to exert pressure on his bowel movements and causes discomfort is known as constipation. In simple terms it is the slowing down of the movement of stool in your intestines. Chinese medicine has its proposed ways of dealing with this problem.

Constipation can be caused due to a number of reasons such as the body being drained of fluids or having an insufficient amount of dietary fiber. Lack of physical activity is also a potential cause of constipation. Under Chinese medicine the proposed solution is put forward after diagnosing the cause of constipation.

Constipation due to Excess Patterns of Disharmony

According to Chinese medicine both excess and deficient patterns of disharmony can lead to constipation. Excess patterns are characterized by excess heat and stagnation of qi. In cases where heat from the outside penetrates to the inside the large intestine gets affected. Such a condition can be coupled with fever, sweating and thirst. The tongue develops a yellow color and the pulse becomes rapid.

For the treatment of such cases a collection of cool herbs that have a purgative effect on the body is put to use. One of the most popular herbs used is the rhubarb root. It is used to produce the da huang formula. The Xiao Cheng Qi Tang is another simple yet very effective formula for the treatment of this kind of constipation. Another formula which is now being sold under a patent known as Peach Kernel Pills is very effective in this case.

Constipation due to Deficiency Patterns of Disharmony

Constipation can also occur due to a deficiency of qi, yin and blood. In such cases the body lacks the energy to make proper bowel movements. The individual suffering from this condition gets exhausted, shows a pale tongue and breaks out into sweats.

The proposed Chinese medicine for the treatment of such constipation is Shen Qi Da Bu Wan. This medicine contains powerful qi tonics like Condonopsis and Astragalus. The addition of Cannabis seeds makes the formula even more nourishing while inducing it with lubricating properties.

Yang deficiency sends shivers down the spine and also results in lower back pain. In such cases introduction of Cistanches into the formula makes it more effective. Eating walnuts is also prescribed in this condition.

The traditional Chinese practice of acupuncture can also help to resolve mild constipation issues. This treatment can be used simultaneously with herbal laxatives. The Heaven’s Axis point numbered as Stomach 25 located on either sides of the navel is the key point for treating constipation with acupuncture.

When it comes to Chinese herbal laxatives for the treatment of constipation they range from mild to strong. The particular laxative to be used will depend on the condition of the patient. Tonifying herbs are generally used for cases with chronic constipation. The speed of recovery however depends upon the patient’s condition and the combination of Chinese medicines that have been used.