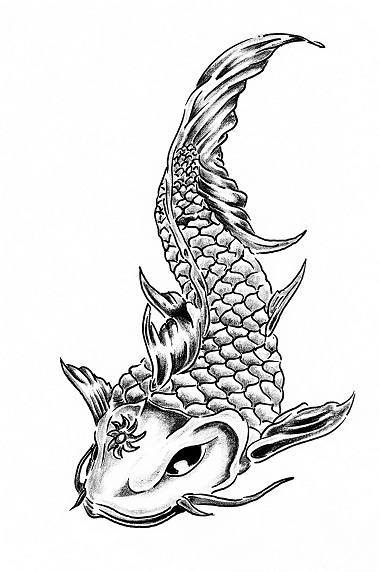 Interested in Chinese fish art? Check out our guide with facts & information on the history & development of fish art in China.

The love of nature that the Chinese possess has taken them to great heights as well as the depths of the ocean. The Chinese were as much fascinated by the fish that dwelled in the various waters of the country as they were with the animals that roamed on land and the birds that soared the skies.

Chinese fish art has gained immense popularity in today’s times. The locals have taken various water creatures as themes in their artwork. The fish is also considered to be one of the prominent symbols of Chinese culture and has been represented through many different mediums of art throughout the ages.

Fish paintings have been particularly popular in China. Even today you will find many homes and shops to be displaying a fish painting. The reason behind this is the fact that for the Chinese the fish represents abundance and good fortune. Fish paintings also made great gift items which people would give to their friends and family who were going through difficult times.

One of the common compositions features a fish with the Yin Yang symbol. This composition is actually taken as a symbol of wealth under the Feng Shui school of thought and that is why it is most commonly found in the homes of the wealthy. This composition would feature a red fish with its head pointing upwards so as to represent growth. The red fish is also supposed to symbolize the Yang energy which means male. Alternatively you will be able to find the fish being represented in the form of wall scrolls that display the female symbol of Yin.

Another commonly found composition is the Chinese painting featuring three fish that form the circle of eternity. This theme featured a red or black fish. The circle represented an array of new beginnings that have a cyclical motion. It is as such considered to be a symbol of immortality. The Chinese were however careful to maintain the balance between the Yin and Yang elements in their homes because according to their belief it was always more desirable to have a little bit more Yang than the Yin.

Amongst the various kinds of fish featured in Chinese art you have the goldfish. This docile fish is perhaps one of the first fish to be domesticated. Even today the goldfish is a popular choice for a pet. The gold fish with its bright golden color is but naturally a wonderful symbol to represent wealth. It belongs to the carp family which also includes another popular fish used in Chinese fish art which is the koi fish.

Today you will be able to get your hands on various Chinese styles of fish art that are being sold as decoration items. Paintings and wall scrolls featuring the fish are by far the most widely sold items that fall under the bracket of Chinese fish art. There is a wide range of contemporary jewelry that emulates the classic Chinese style while trying to cater to the modern public.