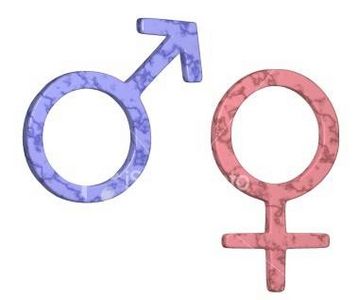 Find out about the Chinese gender calendar which was used to predict the sex of the unborn child long before the invention of the ultrasound machine.

There are many cultures in the world where the birth of a baby boy is preferred to that of a baby girl. Although both are equally as big a blessing from God to their parents such has been the mind set of many people and continues to be even up till today. China is one of those civilizations were this mind set has existed and to some extent still prevails.

There are many reasons that cause people to think like that. With regards to the Chinese culture it was the fact that they were an agricultural society and hence fathers needed their young lads to help them out with their daily toiling in the land and eventually take over the job. A baby girl on the other hand would be brought up in a different way and much of her material contribution would be confined to the boundaries of her home.

The girl was considered to be a financial burden until she reached the age of marriage whereas the lad was a helping hand. Furthermore according to Chinese tradition only the sons were allowed to inherit their father’s wealth in total. In their eagerness to know the sex of the baby before its conception the Chinese actually developed a mysterious science that claimed to predict the sex of the baby.

No, it was not the ultra sound that the Chinese developed many centuries ago rather the instrument developed by them was known as the gender calendar. This strange innovation goes by many different names but the object is to predict the sex of the unborn child.

Irrespective of its accuracy it is credited as being the oldest known attempt at figuring out the sex of the baby before its birth. The origins of the gender calendar go back to over seven thousand years ago. According to Chinese historians it was a Chinese scientist who devised this calendar system and it was found buried inside a tomb situated near the man’s grave.

The discovery and its modern use

Although it is believed to have been developed seven thousand years ago it was discovered only seven hundred years ago close to the city of Beijing. Since then many replicas of this strange innovation have been made but the original gender calendar has been put up in the Institute of Science in Beijing.

The Chinese government passed a resolution a few decades back that initiated couples to limit the number of children to just one. As a means of encouraging the couples to do so the government initiated the use of the classic gender calendar so that expecting parents could try and find out what the sex of the baby was prior to its birth.

The gender calendar actually makes the prediction a long time before the woman is expected to conceive. According to Chinese statistics it has been successful at the rate of 90%. The basic science of the calendar has been drawn from the cycles of the moon. It draws some sort of a parallel with the mother’s age and the month of conception to come out with a probable conclusion.