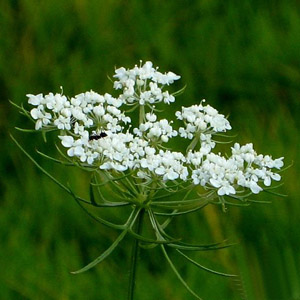 Claudication is a medical term used to describe a limp in a person’s walk. It occurs due to cramps in the calf and thigh muscles and is caused by a deficient blood circulation to the legs. Rest and exercise are considered to be the two main tools for recovery. The use of Chinese medicine along with the above mentioned tools can boost recovery from claudication.

There are a number of Chinese herbs that can be used by themselves or in combination as a means of treating claudication. These herbs have the effect of increasing the blood flow to the affected region thereby relieving the person from his limp.

Derived from the Maidenhair tree this is a very unique herb that has no real close relative. It is one of the herbs that have been prominently used in Chinese medicine. There were fears of the tree becoming extinct until the Chinese began to cultivate it for medicinal purposes.

When it comes to treating claudication the Chinese make use of the leaves of this plant. The leaves are potent with flavonoid glycosides and terpenoids. This gives it the ability to promote blood circulation to all the organs and tissues of the body. At the same time it acts as a powerful antioxidant and blocks the effects of platelet activation thereby reducing the risk of developing cardiovascular diseases.

Patients making use of Ginkgo for claudication and other blood circulation problems need to exercise caution as the herb may not work well with some other chemical medicines. This is why it is advised to consult a physician rather than start administrating the use of Gingko by your self.

This Chinese herb has a similar effect to many of the prescription drugs that are used to increase nitric oxide release. It also inhibits PDE-5. It is known to be a powerful booster of blood circulation to all parts of the body. This is why it is prescribed for claudication and has the power to promote over all wellness in the body. Cnidium is one of the prominent Chinese herbs prescribed for increasing libido as well.

The use of this powerful extract helps to relieve a patient from claudication by flushing the blood to the parts of the body that are not receiving sufficient quantities. As a result it eases the cramping gradually allowing the individual to regain balance on his feet.

Known for its amazing ability to rejuvenate the whole body this Chinese herb is prescribed for daily use in the absence of any illness due to its health benefits. It strengthens the immune system and sharpens the senses by promoting blood circulation in the body. Ashwagangha Extract is one of the commonly used herbs that are prescribed to treat claudication.

A full body tonic Jujube fruit can provide patients suffering from debility, restlessness and fatigue with relief. The herb is potent in essential Vitamins A, B-2 and C. It is also known to possess phosphorus, calcium, complex sugars and iron. Jujube fruit nourishes the blood and is known to be a booster of energy along with a promoter of blood circulation helping to recover from claudication.