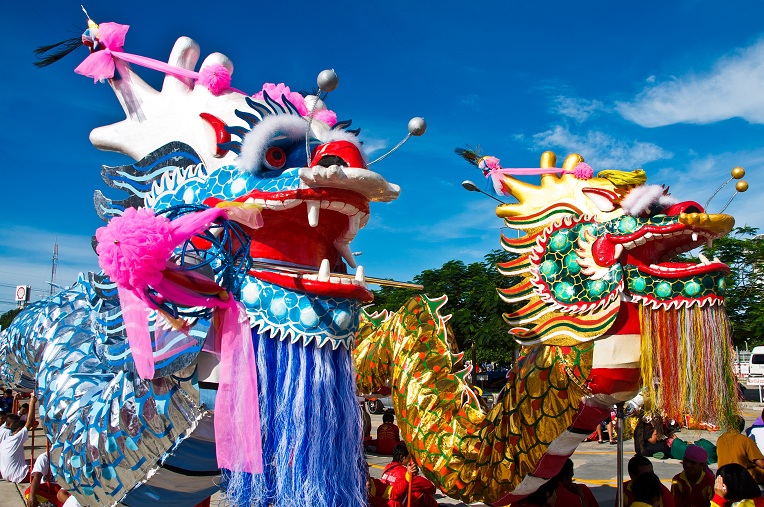 Find out about the most revered Chinese symbol and its connection to the important even of the Chinese New Year.

Two things that hold immense importance in Chinese culture are the image of the dragon and the event of the Chinese New Year. These things have been part of Chinese culture for thousands of years and continue to have their presence up till today. Furthermore the two things have a deep interconnection between them.

The Chinese Year of the Dragon

New Year is a special time in China. It is a time when the festive spirit is high and there are all kinds of celebrations going on. As has been the ancient tradition of the country they have animal signs associated with the change of time. There are twelve animals that are repeated after every twelve years. So the year of the dragon returns with all its might and power after every twelve years.

The Chinese New Year of the dragon represents great power. As it is the image of the dragon is taken as a symbol of auspicious power and anger if you will. The anger of the Chinese dragon is somehow always justified hence it has to do with correcting the erring. In that sense the angry dragon is not exactly evil. Rather the symbol is meant to be inspiring for society.

The image of the angry dragon seeks to suppress the wrong doers. It does not represent wrong doing. Rather quite the opposite. The best of deeds is to avoid evil and discourage it while engaging in good deeds and encouraging them. Hence the Chinese New Year of the Dragon is all about brining about a revolution through peaceful and festive means.