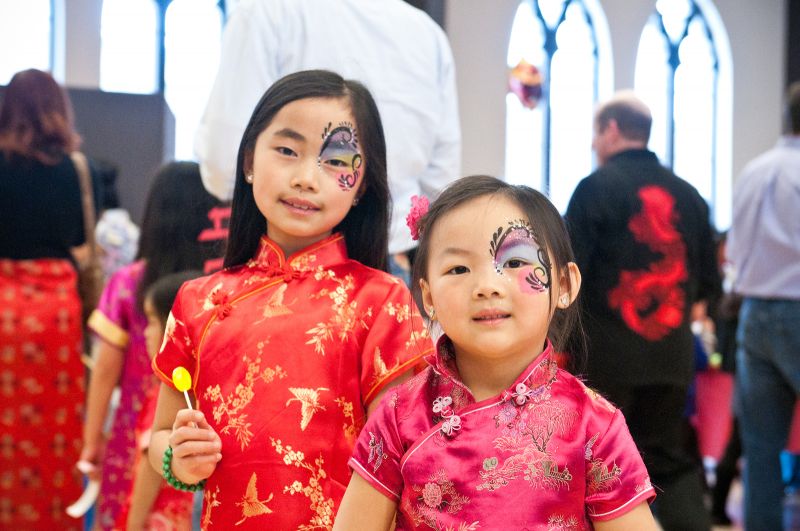 Interested in the Chinese New Year dress? Read on to get an overview of the traditional dress worn during the New Year Celebrations in China.

Everything about the Chinese culture has some innate symbolism. This is true even for Chinese dresses that seem highly elegant from the outside but have deep symbolic meanings for the Chinese. Every traditional costume from China has its own vitality and the Chinese New Year dress is one of the most prominent traditional dresses loaded with symbolism.

The Chinese New Year dress through the ages

Special New Year dresses have existed as long as the celebrations have. Archaeological findings suggest that antique New Year costumes can be found dating back to more than 18,000 years ago. Over the years the dresses evolved and came into a much more refined form. From ornamentations made using stone beads and shells on clothing to woven silk hem articles in the Shang Dynasty the New Year dress has gone through a series of changes.

Today the New Year Celebrations see a host of traditional Chinese dresses coming back to life. From the pheasant feathers that were worn on the head gear during battles fought in the Warring States era to the modern day jackets with traditional Chinese prints you will find New Year’s to be displaying the Chinese style of dressing in many different forms.

Generally, the New Year dress can be categorized into three main types. They are known as the Pien fu, the Chang pao and the Shen-I

The oldest of these New Year dresses is the ancient Pien fu. This was a special two piece costume which had a tunic like top. The top extended all the way to the knees. Below the top the men would wear trousers while the women would sport skirts both ending above the ankles.

The Chang pao was quite different as it was a one piece garment that covered the entire body. It went from the shoulders all the way to the heels of the wearer.

The evolved suit based on a fusion of the above two was the Shen-i. The Shen-I had a tunic like top which was worn with either a pair of trousers or a skirt. The thing that made it like the Chang Pao was the fact that the trouser or skirt was sewed together with the tunic like top to form a one piece suit.

Design and color of the Chinese New Year dress

Over the course of time the Shen-I became the most popular Chinese New Year dress and was most commonly worn. All three kinds of dresses sported voluminous sleeves that were extremely wide having a very loose fit. The trousers and skirts were made using a lot of cloth but remarkably few stitches.

In order to add some aesthetic value to the basic structure the Chinese made use of embroidered patterns, draped silks, decorative bans, sashes and shoulder patterns. The Chinese were keen on using dark colors upon which the decorative elements were given bright colors. When it comes to the Chinese New Year dress the color red was very important and it was the color used to give the dress its accents.

China
Interested in the Modern Chinese dress? Find out about the modernized versions of traditional