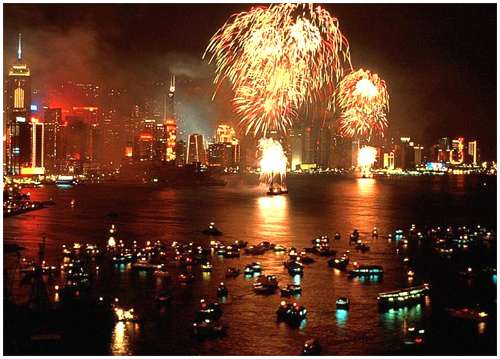 Delve into the history of the Chinese New Year and find out how it has come to be what it is today.

With a history that stretches over 5000 years China has one of the most mysterious and intriguing cultures in the world. It is both rich and diverse with many faces to show. When it comes to the history of Chinese New Year we find it to be the melting pot of a wide range of different traditions practiced during different times.

As is common with all Chinese traditions there are a number of myths associated with each cultural practice. Hence you will find that every single practice has a number of stories talking about its origins but none of these stories can be verified as there exists no documented proof as such. Furthermore most of the stories attributed to the New Year traditions are high fantasy stories that require a great imaginative mind to appreciate in today’s times.

Adding grandeur to the event

With time the Chinese New Year celebrations started becoming more and more elaborate. People started adding their own elements to the concept which became customs and traditions over time. The people started to decorate their homes and dress up in costumes which became a strong culture associated with New Year. The use of red paint for warding of evil and bringing in the good luck is another tradition that caught on with time.

Hence we find that the range of activities practiced during each has its own separate origins and they all come together to form the Chinese New Year celebrations. There are many examples that highlight this point such as the use of certain symbolic foods like tangerines, the candy tray or even the steamed fish with the head and tail attached are all things that became part of the traditions with time.

Other major events like the dragon dance have its own fantasy story behind it which has a number of variations as well. Similarly there is the lion dance and other performances like kung fu arts etc. With time the New Year events became the melting point of various customs that have their own history and origins but somehow managed to get linked together under the umbrella of the Chinese New Year.

China
Interested in the Chinese New Year dress? Read on to get an overview of