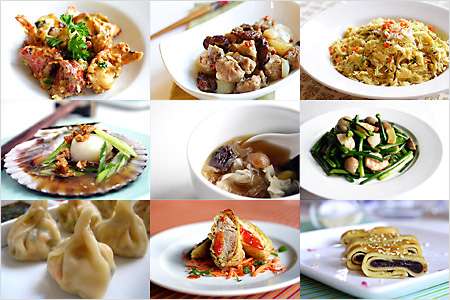 Interested in knowing what’s on the Chinese New Year menu? Get some classic recipes that are easy to make yet totally traditional.

Food is an important aspect of the Chinese culture irrespective of the occasion. When it comes to the Chinese New Year the preparing and eating of the best of foods becomes a very involving activity. There is an entire menu of traditional food items that are prepared for the duration of the New Year’s celebrations.

The food items that are prepared for this time of the year all carry a special symbolic meaning which has developed over time. The symbolism of the different kinds of food varies as some are taken as literal symbols due to their physical forms such as shape and color whereas others have names that resemble other aspects of the Chinese New Year.

All you need to make this traditional Chinese dish is around two cans of chicken broth, a well beaten egg and around two table spoons of sliced green onion. Start off by stirring the chicken broth into the cornstarch then adding in the egg while stirring lightly. Garnish it with the green onions once you have removed it off the heat and voila!

No Chinese celebration is complete without its fare share of sweet treats. Chinese New Year cakes are a popular item on the New Year’s menu. There are a number of different kinds of New Year cakes but there is the standard classic one to which you can add other elements according to your taste.

The first four dry ingredients are mixed together with the eggs and the milk and then the cooking oil. Add this mixture to the flour and then drop spoonfuls of the batter into the bowl of sesame seeds giving it a nice coating. Next up you will have to deep fry them until golden brown and puffy.

This is yet another popular item on the Chinese New Year menu. It consists of two parts with regards to its preparations. First you will need some all purpose flour, ice cold water and salt to prepare the dough. Then you will need some ground beef, soy sauce, salt, white pepper, sesame oil, minced onions, napa cabbage, bamboo shoots and clove garlic for the filling.

The idea is to make the dough and fill it in with the filling that you will prepare using the ingredients mentioned above. Around one heaped tea spoon of filling goes into each dumpling which has a three inch diameter. Traditionally they are served in a half moon shape with the edges pinched in for the seal. Before serving they are boiled in hot water.