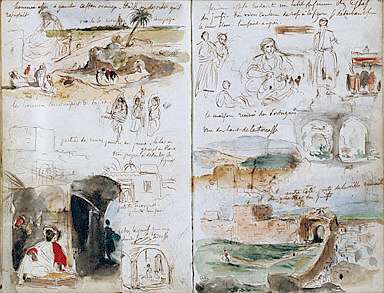 Are you interested in 19th Century French Literature? If you want an overview of literature from France in this period we’ve included all the interesting facts & information about 19th century French literature here.

The 19th century saw the rise of what has become a stable institution in the landscape of French literature; the adventure novel. Probably the most prolific contributor to this genre of French literature during the 19th century was Victor Hugo. Among his most famous works are Les Miserables and The Hunchback of Notre Dame, which have been turned into movies and musical performances in many of the world’s major theatrical capitals.  Victor Hugo is considered a key personality in the French Romantic Movement which influenced art and architecture in France as much as they did literature.

Stendahl, another important French writer from the 19th century is best remembered for authoring the Red and Black, a narrative recounting the fortunes of a young man from the provinces who succeeds then ultimately fails through modeling himself on Napoleon.

Honore D’Balzac, a contemporary of Hugo and Stendahl wrote a series of novels collectively known as the Human comedy, which indirectly offers a social history of the French nation.

The Count of Monte Christo, which has been translated into dozens of languages and is still read by children and adults alike, was authored in the 19th century by the French writer Alexandre Dumas. Dumas was also responsible for writing another novel which in due course became an internationally known classic: The Three Musketeers.

Although romanticism was a popular theme throughout much of the 19th century, by the mid 19th century romanticism in France began to influence and a series of other literary genres that would ultimately evolve.  This was true for both poetry and fiction in France at the time. Sometimes the results were considered too controversial for public consumption.

Towards the end of the 19th Century two famous French writers, Gustave Flaubert and Charles Baudelaire were both tried for the immorality of their literary works. Although Flaubert, who was tried for his piece Madame Bovary, was able to win his case in the courts and publish his book, Baudelaire was not so lucky. Baudelaire was forced to censor many parts of his book La Flear du mal before it could be published.