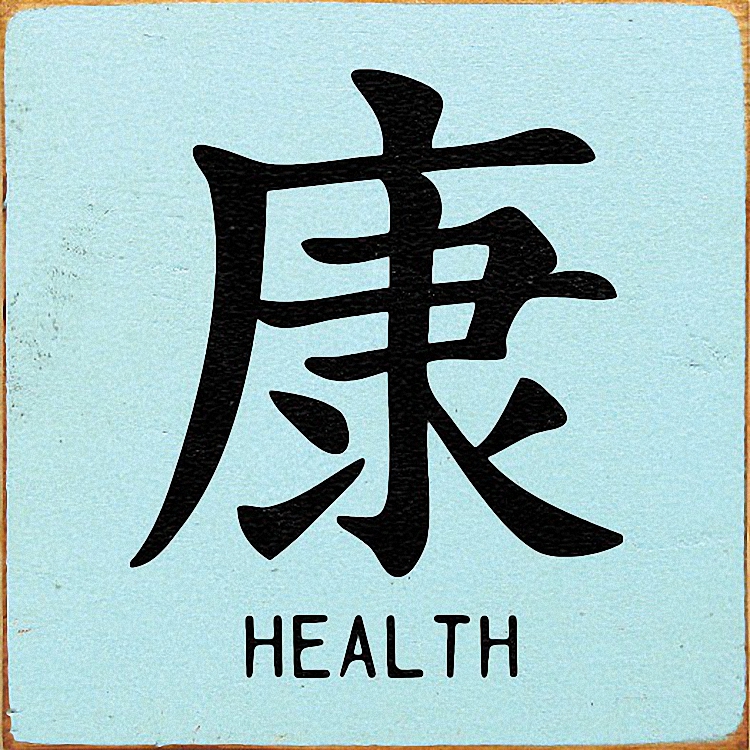 Amongst the many things that the Chinese culture is famous for are its symbols. The unique writing system of China incorporates the use of symbols that represent concepts rather than words made out of letters that have phonetic value. Although this is a very old system it has undergone little revision over the years.

The thing that makes Chinese symbols uniquely popular is their aesthetic appeal. As it is the people of China are known to be highly skilled craftsmen especially when it comes to brush painting and calligraphy. Hence the symbols serve as great specimens of calligraphic art.

The west has developed a deep appreciation for Chinese symbols. There are many Chinese symbols that can be seen being incorporated into different artworks by people of non-Chinese origins. The Chinese health symbols for example are amongst the ones that are really popular.

Health, as we all know is of fundamental importance to every human being. The Chinese people have always been very conscious of their health. Not only do the Chinese take good care of themselves in physical terms, they have other ways of ensuring good health.

Traditionally the Chinese believe that the health symbols have the power to bring you health. Although not many people accept this as a rational belief, nonetheless it has been a popular belief amongst ancient Chinese civilizations and continues to grow in terms of popularity today.

So if the Chinese people wanted to ensure that they maintain good health they would surround themselves with Chinese health symbols. These symbols could be seen hanging on the entrances of people’s homes in the form of scrolls and calligraphic art. Often time people would exchange Chinese health symbol art work as gifts especially to those people suffering from some sickness.

The concept remains pretty much the same in China where similar items can be seen being made use of with the same historic perception. It is in the west that the Chinese health symbols have taken on a totally new meaning.

Well, it wouldn’t be true to say that the Chinese health symbols have taken on new meaning; rather the western perception is different from the traditional Chinese perception regarding the mystical powers of the health symbols and its ability to bring back good health.

For the westerners it is the artistic value of Chinese calligraphic art as a whole that makes them appreciate the Chinese health symbol. This is why we find that the whole of the art form has a generalized appeal on the western public. The use of Chinese scrolls, jewelry, decorative items and calligraphy revolving around Chinese symbols is now common in the west.

The physical structure of the health symbol in particular is very mysterious and aesthetically pleasing. The looks of the symbol is the reason why it is amongst the most popular Chinese symbols used in various ways around the globe.

China
Discover the brilliance of Chinese calligraphy symbols, their history and their usage in today’s