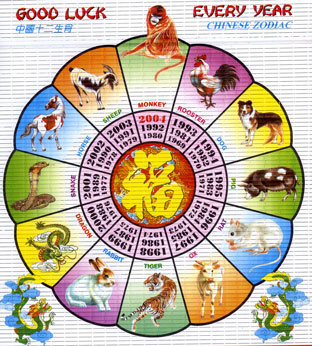 Read about the twisting tales that surround the famous Chinese Zodiac calendar.

The Chinese culture is the outcome of an amalgamation of numerous out of this world legends and ancient mythological stories. This is ever truer when it comes to the Chinese zodiac calendar. The calendar representing twelve animals has become quite well known in all corners of the globe today whereas its origins lie buried somewhere in the sands of time.

Out of all the legendary stories that are part of the collection the most famous one is associated with Buddhism. This legend has it that Buddha himself summoned the entire lot of animals and made them compete in a race. The winner of the race was going to be awarded the prestige position of being first to represent the Chinese zodiac calendar. Although a wide range of animals participated in the race only the first twelve were selected as the calendar was based on a 12 year repetitive cycle.

Amongst all the fast and furious animals it was the rat that made it across the finish line first. So how did he manage to do that? Well, the story goes to say that the cunning rat rode upon the ox’s back all the way till the finish line where he leaped forward to claim the top spot.

So using his brain rather than depending upon his brawn the rat managed to beat the rest of the contenders of the race. Buddha was apparently ok with the rat’s strategy and thus awarded him the first place on the zodiac calendar. The hitch hiking rat was then followed up by the unaware ox and then the rest of them follow in chronological order with the tiger coming in third and the rabbit fourth and so on.

The other popular tale

According to another story Buddha invited the entire range of animals to a feast for New Year or some similar occasion. Although Buddha had invited the entire animal kingdom only these twelve animals showed up. Being pleased with their attendance to his party Buddha granted them the honor of representing the Chinese zodiac calendar. In another version the feast was hosted by the Jade Emperor rather than Buddha.

There is obviously no way in which these legends can be tested or verified as to which one is true. Furthermore not many people today pay the legendary origins any mind with regards to their truthfulness.

For Buddhists and the rest of China the zodiac calendar is a prominent part of their culture. It is still made use of today and is taken quite seriously by the conservative locals.