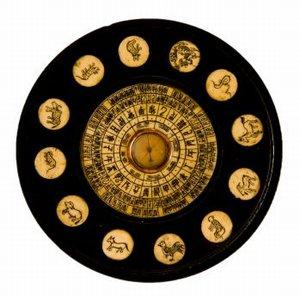 The Chinese zodiac is one amongst the many mysterious and intriguing elements of the Chinese culture. It is a system that has mythical origins and vivid imagery which are the two elements that lend it the mystique which causes people to take interest in it.

Historical origins of the Chinese zodiac

Popular folklore documents the beginnings of the Chinese zodiac and the cyclical concept of time. This folklore seeks to explain how the different animals came to represent each year, their specific order and the personality traits that each animal is believed to have in common with the person born in the year of the animal.

In truth however there are a couple of legends that have been documented claiming to be the authentic source of how the Chinese zodiac came into being. One of the stories has to do with the supreme leader of the Buddhist dharma; Buddha himself.

The legend has it that Buddha conducted a special race between all the animals of the animal kingdom. In another version he summoned all the animals to a feast. Nonetheless the race went underway and the first twelve animals to finish acclaimed the position of being the official animal of the year in the order that they finished the race.

The interesting element of this story lies in the details of race. Considering that there were so many big and fast animals in the race one is bound to question how the rat came out on top? After all it is the first animal in the zodiac cycle but how did it manage to do that?

Well, according to the legend the rat played it real smart and rather than running the course of the race on his own little feet he rode on the ox’s back who was leading the race all the way. When the ox was just about to cross the finish line the rat made a leap for it and claimed the top spot. The witty rat claimed first position which was acknowledged by Buddha and hence he got the honor of being the first animal to represent the Chinese zodiac cycle.