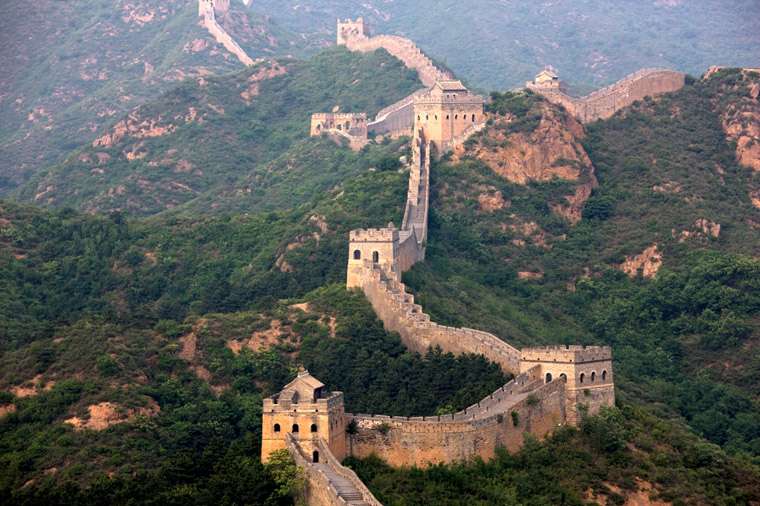 Interested in the Great Wall of China construction? Find out how the great wall came into its final shape in stages in our information guide…

Although you will find most people to be of the notion that the Great Wall was built during the Qin Dynasty in truth however the foundations of the wall were erected back in the Zhou Dynasty. This was back in the 11th century BC.

Fragmented portions of what the wall is today were erected as a means of defense by separate states during the Western Zhou Dynasty. The concept of the Great Wall however nowhere near existed during this time period.
The walls at that time were being erected to protect the territory against the nomadic Yanyun tribes that were constantly planning attacks in order to gain control of some land. Hence the wall was more along the lines of defense fortresses aimed at barring the enemy’s entry into the land.

The construction of the wall in segments further picked up during the Warring States era that spanned from 476 BC to 221 BC. This was the time period during which the seven states, namely Qi, Yan, Chu, Han, Qin, Wei and Zhao started to erect walls for self defense purposes.

The walls were however not in line with each other. On the contrary the walls stretched out in all four directions. They varied in length with the longest one stretching for almost two thousand miles.

It was under the reign of Emperor Qin Shi Huang of the Qin Dynasty that the project to connect these spaced out walls was under taken. This time period spanned from 221 BC to 206 BC. It can be said that the concept of the Great Wall of China as one whole entity was conceived by this very emperor.

He ordered a team of three hundred thousand laborers under the command of General Meng Tian to push back the enemy and join the fragmented pieces of the wall. They were able to more or less achieve this daunting task in a matter of nine years.

Further development was yet to be made in the successive dynasties. The most notable developments that took place after this time period were initiated between 1368 to 1644 during the Ming Dynasty. The main aim of the Ming Dynasty emperors was to strengthen the defense system of the Great Wall and to fortify it further. It can be said that the construction of the Great wall reached its zenith during this time period.

The finished project is not just a winding serpent like wall running for thousands of miles. On the contrary it is a total defense project that is lined with watchtowers at strategic positions, many different passes, blockhouses garrison towers and beacon towers.