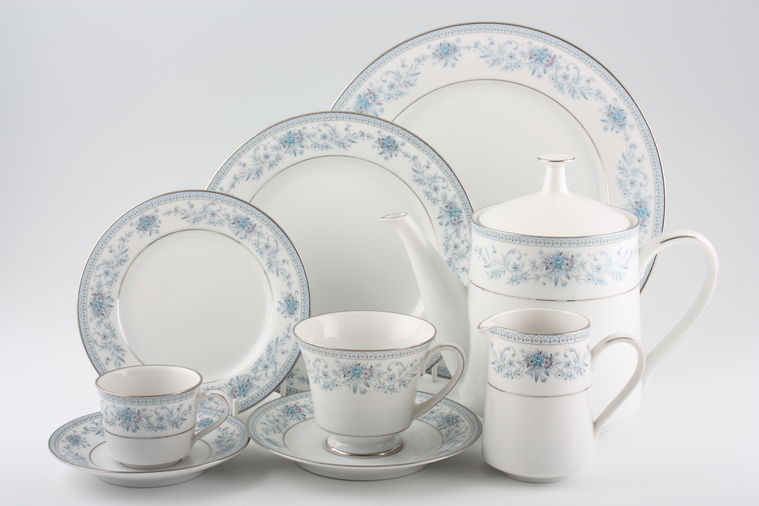 Need to buy some Noritake discontinued chinaware? Find out how you can get your hands on all time classic Noritake patterns that have been discontinued…

Noritake has been producing fine quality chinaware for over a century. The chinaware from the company is not only renowned for its super quality but also for the extremely innovative and truly gorgeous patterns that they produce. With the passage of time the company produced new patterns pulling the older ones out of circulation. Today however, interested individuals can get their hands on those discontinued patterns through reliable sources.

Interested individuals can actually log on to the internet and search for the particular discontinued model they are looking for. The search engine results will automatically direct you to sources that have the exact model you are looking for in stock.

Some of the most popular discontinued Noritake patterns are as follows.

This is a highly romantic pattern that was produced by the company back in 1988. It has been out of circulation since 1990. The pattern features beautiful peach roses with blue leaves inside a bold blue trim. The model number for this fancy Noritake pattern is 9411. The unique thing about this design is that it has the pattern running on only one third of the perimeter. This gives it a very distinctive and appealing look.

As the name suggests this is one of the Noritake patterns reserved for special occasions. This pattern was first produced in the year 1974. It circulated for a full decade and was finally discontinued in 1984. You can search for this beautiful pattern by inserting the model number 8009. Unlike other chinaware this one does not have a white body. On the contrary it has a beautifully tainted pale blue body that makes it stand out from the rest. Following the trim of the border are dark blue and white flowers.

This Noritake discontinued pattern features green and gold leaves smack in the center of the china. The leaves are nicely composed surrounded by a green band on the inner circle as well as the borders. This pattern dates way back to 1953 and has been discontinued since 1960. You can search for Greenbay Noritake by entering the model number 5353.

Although this pattern is not that old compared to the ones mentioned above it has been out of circulation since 2002. It has thick dark blue borders on the edge and inner circle of the china. Inside the borders is a pastel blue band that consists of abstracted flowers and lines in white. This exquisite pattern can be searched by its pattern number 4786.

As the name suggests this particular pattern has a strong air of freshness about it. Expect to see fresh colors such as yellow and green in this particular pattern discontinued in 1996. The pattern has a green plaid rim with diagonal checks on the borders. A beautiful composition of lemon occupies the center spot on the china. The pattern number for Lemonade Sky is 9424.