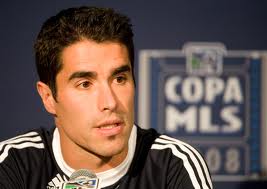 Apart from its renown for the world’s best coffee, finest emeralds, natural beauty and other natural resources, Colombia is also well known for its famous people, who have made excelling contributions in several fields. Notable excellence and achievements in the field of sports, music, arts, politics, literature, science and business has rendered worldwide fame for several Colombians.

Juan Pablo Angel, a footballer, began his career in Atletico Nacional, where he took part in 147 games, scoring 45 goals. He played as a Striker for New York’s Red Bulls and scored in six straight matches, becoming the first player to achieve this.

Edgar Renteria, the first Colombian to take part in the World Series received several awards like Silver Slugger, Gold Glove Award and All-Star. He is among the three players to become the last hitter in two World Series, and for getting the rare chance to be a first and last at bat for two seasons. Mauricio Serna has been a football player for the national team 51 times, and competed in the World Cup twice.

Camilo Villegas, a professional golfer from Medellin joined the University of Florida with a scholarship and received various awards. His victory as an Amateur in the Colombian Open rendered subsequent victories and enabled him to take part in worldwide tournaments.

Orlando Cabrera, a baseball player from Cartagena, reached base during 63 consecutive games in the year 2006, and has a top five streak. Carlos Valderrama, better known as El Pibe, is a renowned soccer player.

Juan Pablo Montoya, a popular open-wheel racer, learnt early racing methods on the Kent track from his father. He is known for his rare achievement of becoming a crossover winner on ChampCar, Formula One, IndiCar, Nascar and GrandAm.  Along with his wife, he began a foundation called Formula Smiles to enhance sports facilities for poor neighborhoods in Colombia.

Gabriel Garcia Marquez, commonly known as ‘Gabo’ won the Nobel Prize in Literature and his visual writing style made its way to the screen. International stars have played complex characters for films made from his stories. The childhood years that he spent in listening to ghost and war stories from his grandparents led to his literary style comprising a ‘Magical Realism’ in novels.

Hector Abad Faciolince is an important journalist, writer, editor, translator and essayist of Colombia, who has made significant contributions as a post-boom writer in the literature of Latin America.

Famous Colombians in the field of art

Fernando Botero is a world-famous artist, who has been painting from the 1940s, though his round and inflated styles became a famous trademark only after twenty years. Since the 1970s, he started making sculptures, and his works are found in museums around the world.

Carlos Vives, a multifaceted artist who started singing in cafes and bars, became famous after he switched over to his ethnic roots and began singing classic Vallenato songs in his own style. He won the Grammy award and Latin Grammy awards, and is known for introducing the real essence of Colombian music to the world.

Shakira, born of European and Lebanese descent in Barranquilla started writing poems at the age of four, and later started singing her poems and belly-dancing, acquiring international fame. She also founded the Pies Descalzos and is named as Goodwill Ambassador by the UNICEF for her participation in global issues.

Juannes has received many Latin Grammy Awards for singing and composing, and he started Mi Sangre Foundation to provide a helping hand for victims of land mines. He has earned international honors for his social activities and is declared as ‘Knight in the order of Arts and Letters’, which is the highest cultural honor bestowed by France L’Ordre des Arts et des Lettres.

The aforementioned famous Colombians are only a few among the many Colombians who have acquired national and international fame for their accomplishments.