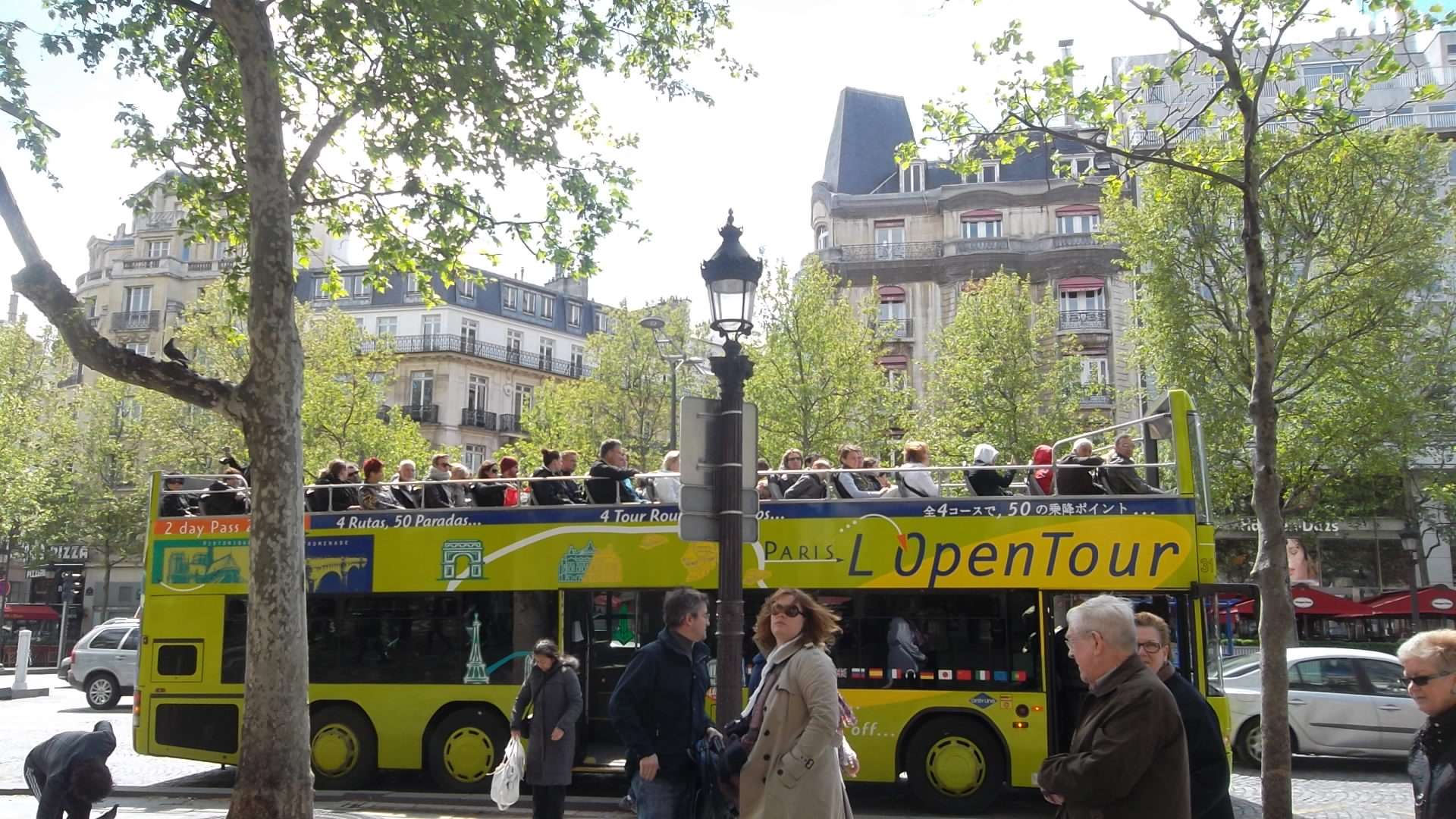 Going on vacation to Paris? Thinking about taking a bus tour to see the sights of Paris? Our guide to Paris bus tours gives you the prices, locations, times & more.

Taking a bus tour around Paris is one of the best and most economical ways to see the sights of the city.  Paris bus tours come highly recommended to people who are only on vacation for a couple of weeks and want to see as many of the sights as possible without having to walk around the city al day long.  The main company in Paris opening bus tours is the open bus tour company, so called because their double decker buses have open tops, similar to the ones found in London. Unless it’s raining, these buses are a great idea. Not only to you get a better view from being higher up which makes for great photo opportunities, but to a degree you miss a lot of the noise and pollution at street level.

The Open Bus Tour company in Paris offer four different tours, each taking you through a different area of Paris, although the most comprehensive tour , called the grand tour, covers pretty much everything of major importance in Paris and takes about two hours to complete.

Paris Bus tour tickets are excellent value for money. You can buy either a one day pas for 25 Euros, or a two day pass for 28 Euros.  Within the validity period of the ticket you are entitled to take as many bus tours as you like. Also, you can get off a bus as many times as you like and hop on the next one that comes along. This is a brilliant idea if you’d like to stop and spend an hour or so at somewhere in particular, perhaps to have lunch or do some shopping. Bus tour tickets fro children are discounted by approximately half.

The Grand Tour Takes two hours and passes through all of the most famous sights in Paris. The route of the Grand tour is as follows:

1. Le Printemps, one of the biggest department stores in Paris.
2. Opera Garnier, also home to the French National Ballet.
3. Palais Royal Gardens.
4. Louvre Museum Paris, where you can see the famous glass pyramid from the Da Vinci Code, designed by American architect Im Pei.
5. Notre Dame Cathedral, home of the hunchback.
6. d’Orsay Art Museum Paris, one of the best in Paris
7. Champs Elysees, one of the main shopping streets in Paris.
8. The Arc de Triumph, a monument dedicated to the Grandeur of Imperial France.
9. Eiffel Tower.