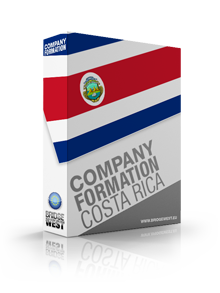 The government of Costa Rica, realizing the importance of foreign investment for future development, has introduced several new measures designed as incentives for foreign investors including low taxation rates as well as full rights to 100% foreign ownership of property and companies in Costa Rica. Many have predicted that such foresight on behalf of the Costa Rica government is fast paving the way for the country to become a regional financial hub in the coming decades.

Forming a Company in Costa Rica

Company formation in Costa Rica is a relatively straight forward process, although hiring the services of a lawyer is still highly recommended. There are many lawyers in Costa Rica specializing in company formation and have procedures in place especially for dealing with foreigners. This means your company formation lawyer in Costa Rica will most likely speak English, or at least have an English speaking translator in addition to having many of the necessary legal documents already translated into English so you can understand exactly what it is you need to sign and be aware of.

In addition to initial company formation, many lawyers in Costa Rica provide a whole range of services to help you in your business activities, whatever they may be. This includes everything from finding nominee company directors to drafting work contracts for any employees that your company may have after formation.